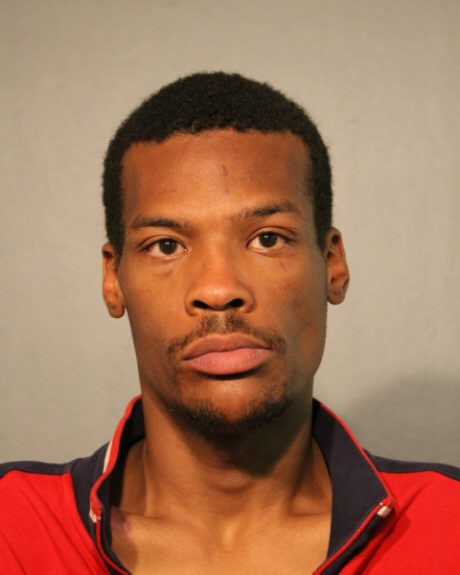 photo credit // cpd
Chicago, IL - An Uptown man is facing a dozen felony charges after allegedly attacking a man in Boystown with a hammer after meeting him on a dating app.

Cedric Johnson, 29, was arrested early Saturday morning near Beatnix in connection to a hammer attack of a 47-year-old man on Friday evening.

CWBChicago reports Johnson, who used the name "Lamar" online, met the man at his home in the 600 block of West Aldine. Johnson reportedly struck the victim repeatedly in the head with a hammer and stole property, including the man's cellular phone.

A few hours later, the victim saw Johnson near the 800 block of West Roscoe and called police. After a short foot pursuit, Johnson reportedly attacked one of the officers by striking him in the head and spraying him with pepper spray.

"The offender then hit the officer in the head with the pepper spray [can], causing it to explode," a police spokesperson told CWBChicago. Three additional officers and at least one bystander were overcome by the effects of the spray. Johnson later struck multiple officers with his fists while they were attempting to place him into custody, according to a CPD statement.

The full CWBChicago article is here.