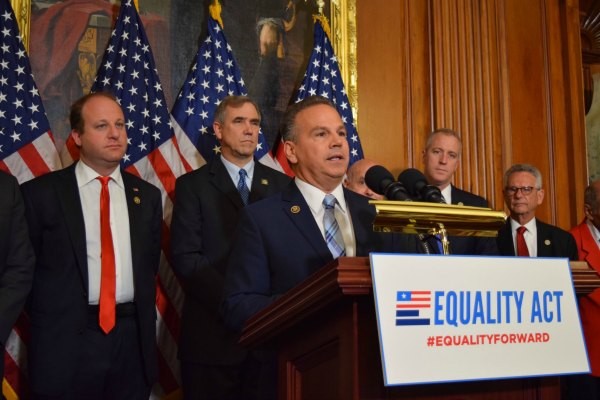 The U.S. House Judiciary Committee on Wednesday approved a bill that seeks to prohibit LGBT discrimination.

Reintroduced in March with bipartisan support, the Equality Act that seeks to prohibit discrimination against people who identify as lesbian, gay, bisexual and transgender in key areas such as employment, housing, federally-funded programs, and public accommodations.

The bill cleared the committee on party lines, with all Republicans voting against it.

Rhode Island Representative David Cicilline, who is openly gay, is the bill's sponsor in the House.

"This bill affirms those values and ensures members of the LGBTQ community can live their lives free from the fear of legal discrimination of any kind," Cicilline said in a statement released after the vote.

The legislation has enough support to clear the House, but passage in the Senate, which is controlled by Republicans, is seen as a steep incline. President Donald Trump, who described himself as a better "friend" to the LGBT community than Hillary Clinton during the 2016 election, has not said whether he supports the bil