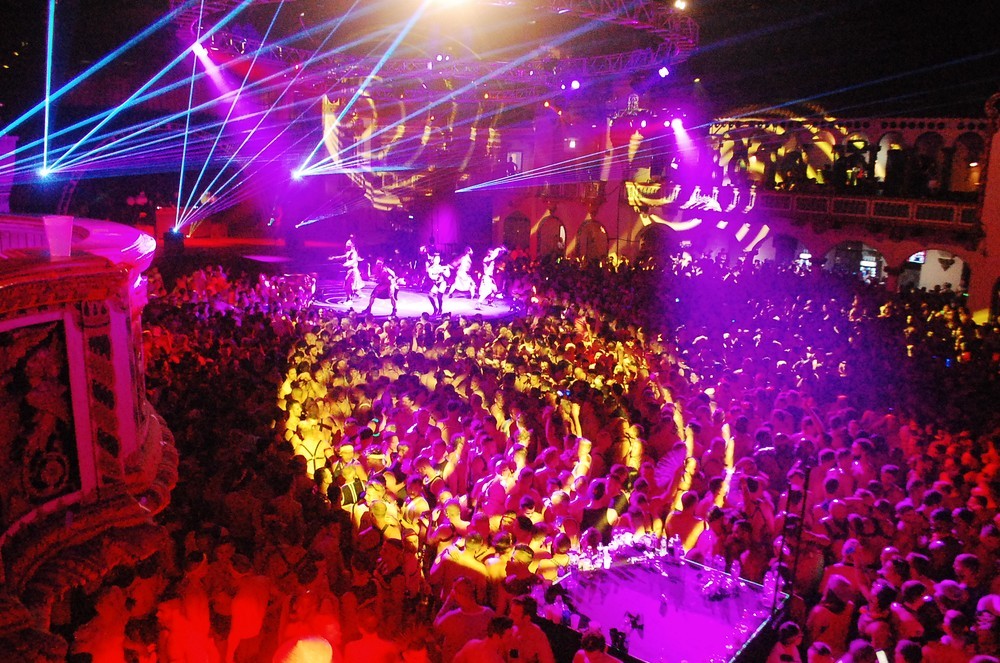 Both events will be held at the Aragon Ballroom – 5,000 expected at each party

Comic Book Hero will be Saturday, August 10, with the dynamic DJ duo ROSABEL returning for their second year.

Drama At The Disco is the theme on Sunday, August 11, with DJ Hector Fonseca and DJ Suri.

Both events are expected to draw about 5,000.

"It is a little daunting to have the gigantic Aragon Ballroom to fill two nights in a row and (also) make the space look and feel like a different party on the second night, but we are up for the challenge and will be working overnight to transform the venue into the nation's largest disco-themed party on Sunday," said Matthew Harvat, aka, CircuitMOM. "Closing parties are often smaller in scale, but the Drama party in 2018 sold out two months in advance and we turned away a lot of out of town people. We want to make sure we can accommodate the crowds this year."

Harvat noted that the Aragon has undergone major improvements since last year, including more space for guests, new bathrooms, location markers on the dance floor to help find people, and more.

This may be the last year for the "SuperHero" theme on Saturday, Harvat confirmed. "The theme is wildly popular and people really go all out on their costumes, but maybe 2020 is the year we change it up a bit."

"It is never too early to start planning for Market Days," Harvat said. "We usually spend about 15 months planning our parties for that weekend, so we have things in place for 2020 already. Plus, based on our online ticket sales, we know that about 70 percent of the guests are flying to Chicago from as far away as Australia, London and Dubai, to name a few places, so they need plenty of time to plan their travel and accommodations. We added a host hotel last year and it sold out in 10 days, so we had to add more room availability this year."

"People are loving Chicago in August."

The 2018 Market Days parties from CircuitMOM were legendary, to put it mildly

"Drama, (held) at the House of Blues in 2018, was one of my favorite parties we've done in recent years. DJs Hector Fonseca and Micky Friedmann truly blew the roof off and people were in such a great mood. Not one inch of that place was without someone dancing in it, on it, over it or around it until the lights came up," Harvat said. "For something different, we did this very dramatic runway fashion show in the middle of the event that people really loved. I mean, who doesn't want to see a sexy guy strut his stuff wearing a see-through lace and sequin bodysuit?"

The 2018 events featured custom light and laser shows that would rival a lot of concert tours, plus giveaways and pop up shows all night long.

"It was very interactive without being intrusive," Harvat said.

"For Drama 2019, we have a much larger space to create bigger shows, more set design and an awesome theme that everyone can relate to on some level."

Harvat said his goal for the upcoming Market Days events is simple: to showcase Chicago in the best way possible.

"People come from all over the world for Market Days, and for a lot of tourists, this is the only time they come to the city," Harvat said. "The North Halsted Merchants Association works year round to produce one of the best street festivals in the country and they set the bar very high for the rest of us to keep up and compliment their efforts. We are very proud to be the officially-sanctioned dance parties that not only extend the high production values of the street fair into our events, but we also help to safely move people off of Halsted after the street fair closes at 10 p.m. and the bars are at capacity."

The last few years, CircuitMOM has been pairing DJs together, with their permission, who usually do not spin the same events or have never shared a booth. "It has worked well and brings a certain level of excitement to their sets," he said.

Some unique DJ pairings have been Tony Moran and Morabito, Hector Fonseca and Micky Friedmann, Harvat and Ralphi Rosario, Cindel and Tony Moran, and more.

DJ Suri (Spain) is making his Chicago debut at Drama.

Fonseca and Suri are exceptional producers and remixers, plus their styles complement each other," Harvat said. Both are creating exclusive, new material for the event.

"Hector is not only an international superstar DJ and producer, but he's also been a friend of mine for over a decade," Harvat said. "He is generous with his time for our events, and wants everything to be perfect for the audience. His passion is unparalleled and his professional accomplishments are monumental.

"I have been a fan of Suri's from afar for a long time. I took a chance and asked him if he would consider making his Chicago debut with us at our event and he accepted. That was a great day, for sure! Since that conversation, he and I have been working very closely on how the night will sound and how he and Hector will partner up to bring our dance floor reimagined disco classics along with their signature house, drums, bass and tribal beats."

"I feel very fortunate to still be doing what I love after three decades, (with) 24 of those years in heels, hair and glitter creating chaos," Harvat said. "These events take a very long time to create. The venue is a huge, empty room. We walk in to that empty Aragon Ballroom and plan every light, laser, stage platform, curtain, set piece, speaker, and special effects moment to build each party from the ground up 54 feet to the ceiling in hopes that people will come see what we've done.

"CircuitMOM Productions is, and has always been, an army of dedicated men and women who share that passion to create something memorable. This will be our biggest year yet for events and production."

For more information, go to: www.circuitmom.com.