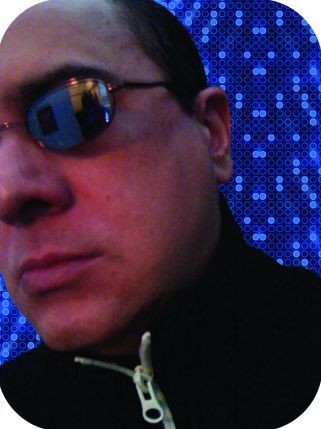 FREDDIE BAIN is one of Chicago's premier disc jockeys - An 20-year veteran behind the decks and a respected presence in nightlife event promotion and music journalism. He has spun alongside such DJ luminaries as Frankie Knuckles, Derrick Carter, Terry Hunter, Keoki, Louie Vega, Maurice Joshua, and Ralphi Rosario.

A true pioneer in his own right, he was the first DJ hired to play and hold a long 9-year residency at Red Dog's Boom Boom Room, a Monday night institution in Chicago. Freddie's inimitable DJ style helped define what is now known world wide as the "Boom Boom Room Sound". Boom Boom Room Monday's is now housed at the swank Green Dolphin Street Jazz Club and continues to draw the coolest and most diverse crowds in the city, all looking for that that funky deep house vibe. Freddie currently is the DJ every 1st Saturday at Touche's popular Bear Night, the 2nd and 4th Saturday at Downtown Bar & Lounge, the 3rd Saturday at Mary's Attic.

His past club residencies include stints at Shelter, Vortex, Foxy's, Neo, Spin, and Crobar's "Glee Club" Sunday night, arguably one of the most successful dance clubs in Chicago's colorful history. He has been the twelve-inch record buyer for Chicago-based Loop Records, assistant director for State Street Record Pool, promotions manager for the legendary Mirage Entertainment (home of House Jam Records), a club reporter for industry giant Billboard Magazine, and in the early 90's, a reporter for the New York based Street Information Network (S.I.N.)

Without question, whether he's working his magic on the tables or working his voodoo behind the scenes, Freddie is up to something and it's good.

MUSIC, ART, FASHION... HANGING OUT WITH MY FRIENDS...