The Twenty-Sided Tavern team rolls the dice at Broadway Playhouse 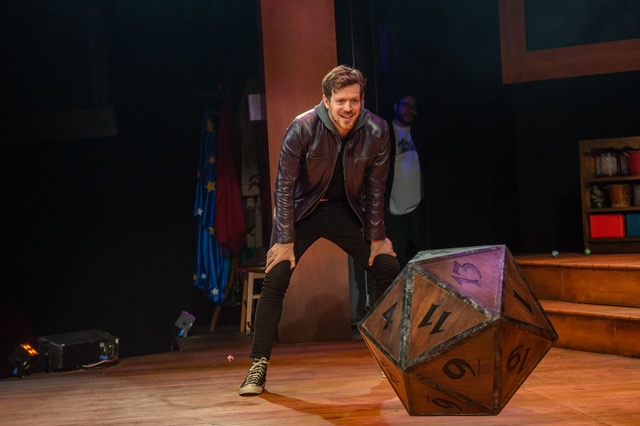 The Twenty-Sided Tavern has taken a trip to the Windy City and plans to stay for 12 weeks. Opening up at the Broadway Playhouse, 175 East Chestnut Street, this adventure in audience participation and improvisation has a few forks in the road to explore.

The story follows a trio of characters as they journey to defeat a monster in another realm. Led by gamemaster Dagl, played by David Andrew Greener Laws, a fighter (Carlina Parker), a mage (Jack Corcoran) and a rogue (Mateo Ervin) take a trip into this magical place with many battles to face. Swing player Madelyn Murphy subbed for the rogue role the night of this review. 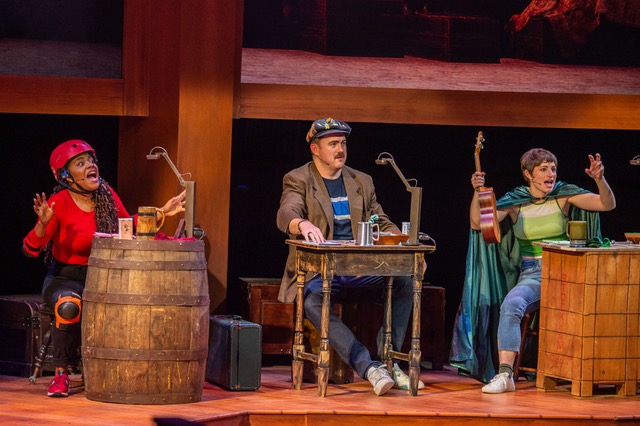 The audience decides where some of the story and characters go throughout the experience by making selections on their personal telephone devices or by answering verbal cues made by the cast. This makes every night of the show unique and encourages repeat visits during the run.

The Twenty Sided-Tavern is inspired by the tabletop playing game Dungeons & Dragons without any legal connection. Co-creator and writer Laws remains onstage with fellow co-creator Sarah Davis Reynolds to orchestrate the adventure and keep the dice rolling. Video projections with cartoon artwork and voting results keep the environment visually pleasing along the way. 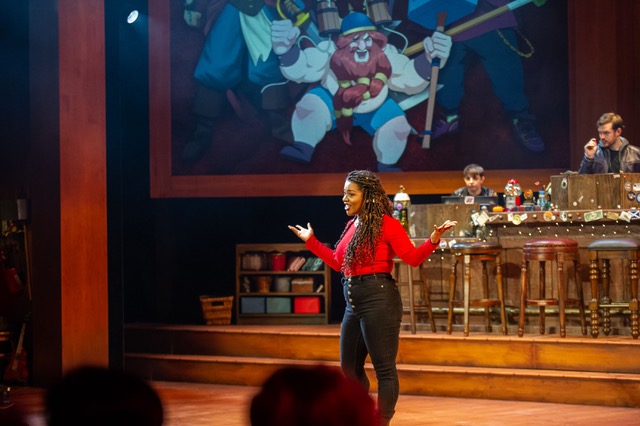 On November 4, Murphy was a standout as a feline rogue that overshadowed the fighter and mage onstage because of interesting choices and not breaking character the entire time. Props and objects in the room could have been used more effectively. For example, the mage could grab a spatula for a wand or wrap a bathrobe around him to use as a cape. Sometimes the energy was slow and a little too subtle by some of the cast on opening night, which can be fixed easily.

To really review the show, a critic would need to see it more than one time to see the differences made each night. The broken fourth wall and the use of technology do work well to engage the audience, along with some of the preplanned humor in the text.

The venue and area where this production is placed seem an odd choice when the Wrigleyville and Old Town neighborhoods already have built-in followings for improvisation troupes. Judging from the first night it was plain to see that more bartenders should be staffed as the line for drinks snaked around the room and didn't allow everyone to be served a drink before intermission was over. 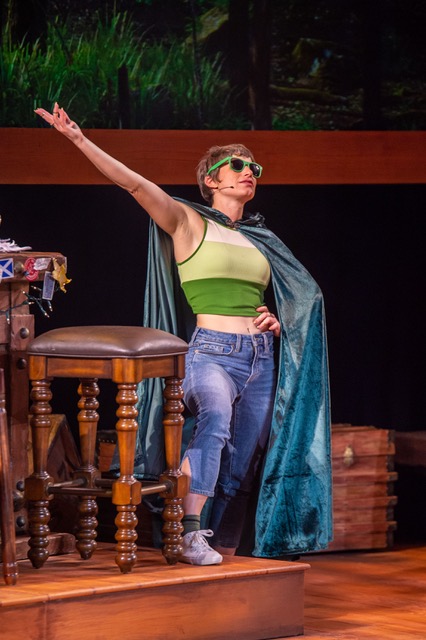 The Twenty-Sided Tavern is tailor-made for a niche audience and is not for everyone, but fantasy fans and spontaneous comedy followers will definitely enjoy it.

Dressing up in Renaissance festival wear is encouraged and adds to the overall environment. Recent television series such as The Rings of Power and House of the Dragon demonstrates the demand for this type of content in 2022.

The Twenty-Sided Tavern serves up a unique experience with each varied and interactive performance. Charge your phone and begin your journey at BroadwayInChicago.com. These players continue their quest to other parts of the world after January 15, 2023, so don't delay!