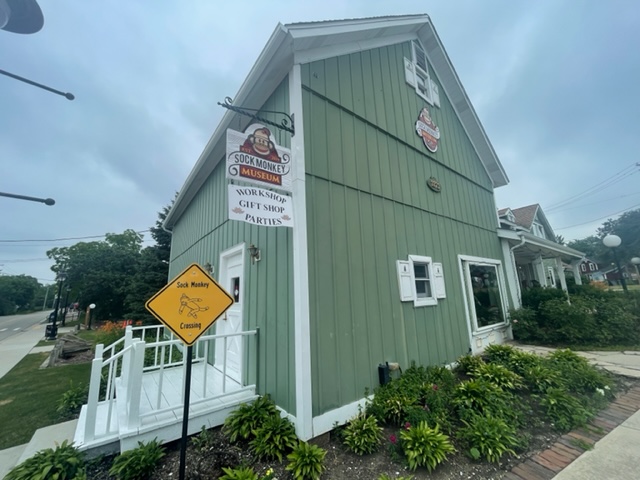 One of the largest sock monkey collections in the world is located right in the heart of Long Grove, Illinois at the Sock Monkey Museum, 210 Robert Parker Coffin Road. For decades this cuddly friend has brought joy to people of all ages. Turn that red frown upside down and you learn more about the world of sock monkeys.

Sock monkeys are simply stuffed toys made from socks to form a monkey. A Swedish immigrant John Nelson began knitting socks on a machine in Rockford, Illinois which led to forming a company in 1880 called the Nelson Knitting Company. Imitators threatened to derail the company so red heels were sewn into the sock to distinguish the difference in authenticity. This evolved into the mouth of the monkey when dolls were eventually made out of socks for children who faced challenges during the Great Depression. 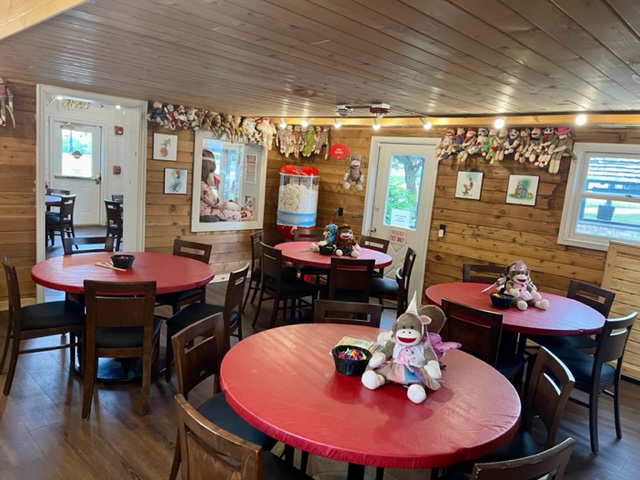 This plush primate made from socks has stood the test of time and remains popular to this day. Rumor has it that these monkeys are good luck which makes them a great gift to pass on for possible good fortune.

Arlene Okun, the owner of the Sock Monkey Museum, has transformed the previous space into a rescue habitat for vintage stuffed monkeys and sells new versions to patrons right as they enter the premises. The monkey merchandise offered daily is mighty with so many surprises to behold including holiday ornaments sold year-round. 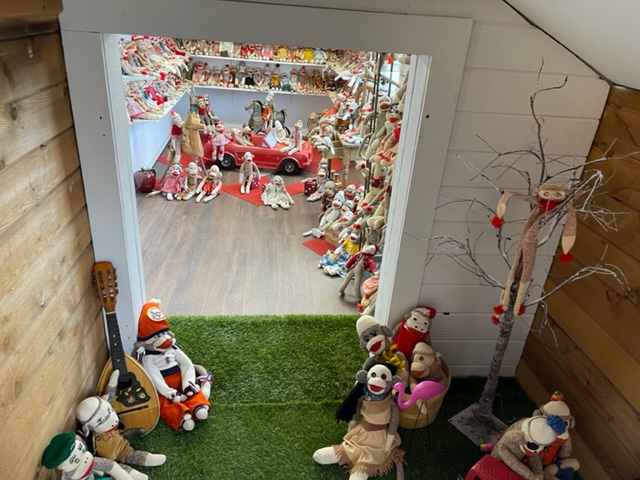 There are over 2,000 sock monkeys currently swinging around the museum and more are on the way. There are two levels to explore, so head upstairs to watch a "sockumentary" about the history of the iconic toy and play the sock monkey scavenger hunt near that area.

Build your own personal sock monkey with classes offered for individuals or groups in one room and an Andy Griffith-inspired Aunt Bee sewing room is next to that with plenty of monkey memorabilia. 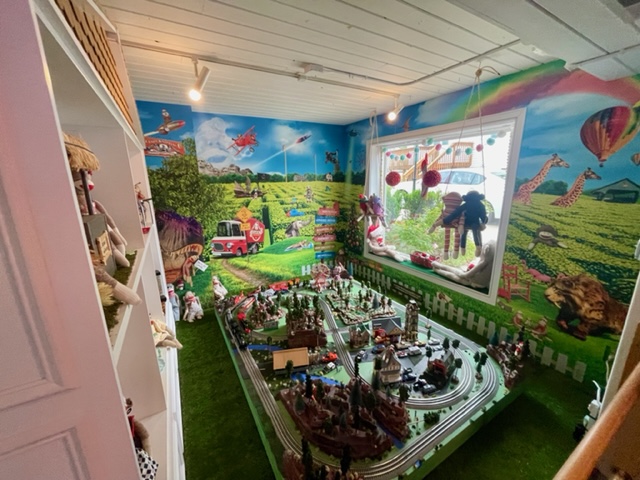 A portion of the entrance fee to the museum is donated to Chimp Sanctuary Northwest, so brighten up your day while supporting a good cause at the same time. There's something for everyone to go ape over under this roof!

Learn more about these cheeky little monkeys at SockMonkeyMuseum.com or by calling 847-748-1155. Don't monkey around and miss the rainbow sock monkeys still hanging around after Pride month!