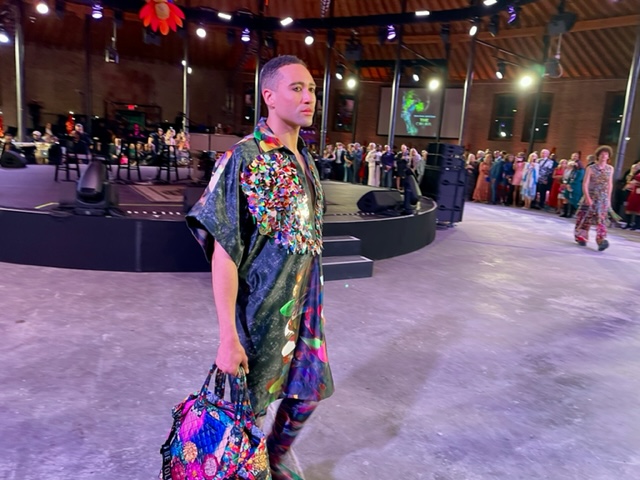 The Museum of Contemporary Art hosted a gala titled ArtEdge: Nick and Jack Cave: The Color Is on May 21, 2022, at the DuSable Museum of African American History Roundhouse. Two was definitely the magic number that night with not only the two artistic Cave brothers but two members of the original group Labelle scheduled to perform later as part of the planned festivities.

The program began with a cocktail reception under a white tent full of guests who were encouraged to wear bright, floral attire. Many attendees did just that as one after another entered the outdoor covered space sometimes outdoing the next in terms of original fashion and overall pageantry.

The 55th mayor of Chicago Lori Lightfoot made an appearance at the early hour and embraced Nick Cave at one point. 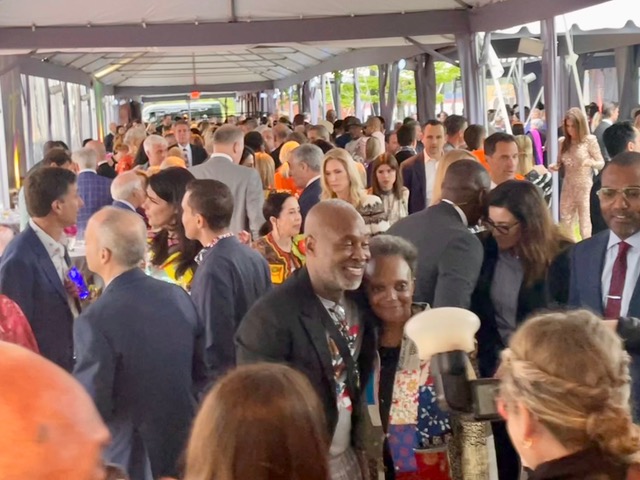 Many enjoyed the open bar, appetizers and the shopping opportunity to purchase MCA merchandise at the nearby popup store in the tent. The seated dinner commenced at 7:30 p.m. and consisted of a golden beet salad, wood-grilled filet and several dessert bites.

After some welcoming announcements, diners were encouraged to leave their seats and gather around a circular runway for the Chicago premiere of The Color Is by Nick and Jack Cave. A wide range of models walked out sporting a variety of looks. The aesthetic covered several time periods that were heavily influenced by the sixties and seventies progressing into the future with science fiction themes. Other themes including variations of identity and androgyny were on display and represented by a diverse panel of models. The casting director should be commended for the powerful statement shown in the venue that evening. This completely enhanced the original clothing not only as individual pieces but also gave insight into what the designers were out to accomplish. 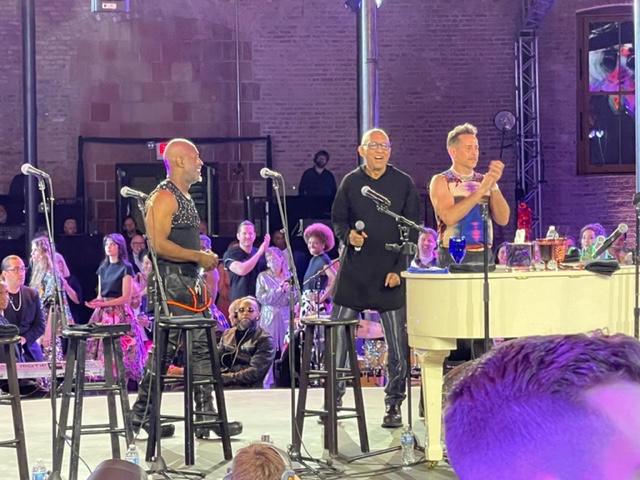 Jack and Nick Cave, plus Nick's partner Bob Faust thanked all the parties involved before calling Labelle to the stage. Patti LaBelle and Nona Hendrix comprise the legendary singing group Labelle who waltzed into the space with a powerful band blasting out the intro music. The supporting singers and her piano accompanist helped LaBelle recover from visible flu symptoms at the start of the set. She pulled through like the consummate professional that she has proven to be over the years. Hendrix wore one of Cave's creations and LaBelle explained that her outfit was too big. At one point the outspoken belter kicked off her shoes and ran around barefoot before slipping into a more comfortable pair of heels.

During one video montage segment, LaBelle grew frustrated with the noisy crowd as she wanted to honor past member Sarah Dash who passed away recently in September of 2021. The group finished out their upbeat setlist with their massive hit "Lady Marmalade" and a lively cover version of the Donna Summer track "Bad Girls." 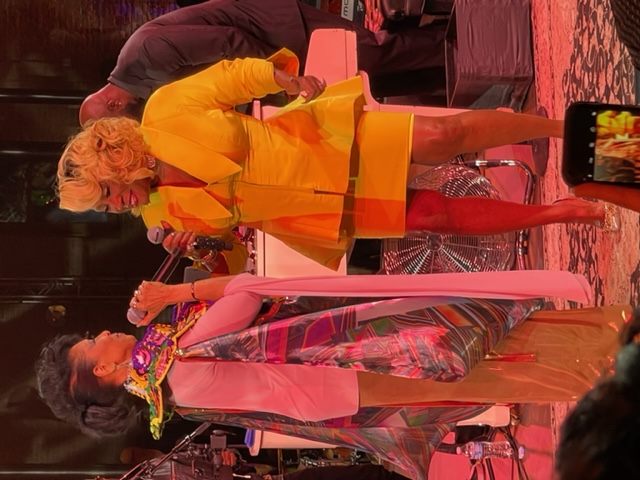 The dynamic night finally drew to a close after raising a hefty amount of money to further help exhibitions such as Nick Cave: Forothermore currently housed at MCA continue into the future. Funds also will provide more art education opportunities to youth in the Chicago area as well.

More party plans and celebrations are in the works so slide over to MCAChicago.org to find out more about what's in store for these hometown heroes!