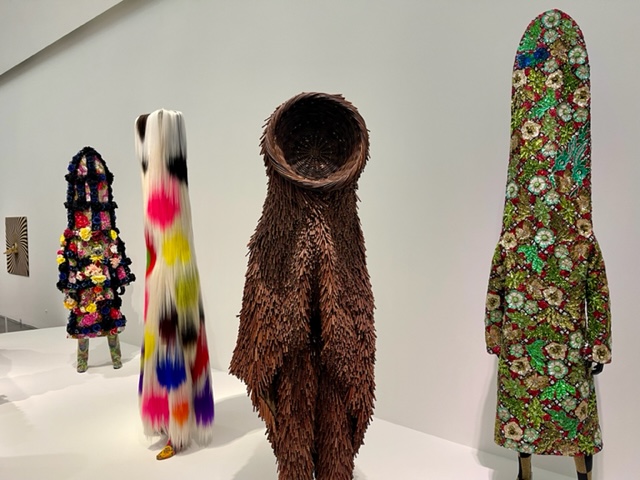 Friday the 13th turned out lucky for some special guests at the Museum of Contemporary Art Chicago, 220 East Chicago Avenue. The new exhibition Nick Cave: Forothermore inspired the venue to throw a festive party and host an early look into the artist's work. This was another component of the well-planned Citywide Celebration for the upcoming ArtEdge: Celebrating Nick Cave Gala on May 21.

Curated on the fourth floor of the MCA by Naomi Beckwith, the Griffin Galleries of Contemporary Art were packed with numerous hanging mobiles from the ceiling as patrons entered the room. His sculptural art was spaced out around the museum to forge a path for spectators to explore and take in Cave's message. 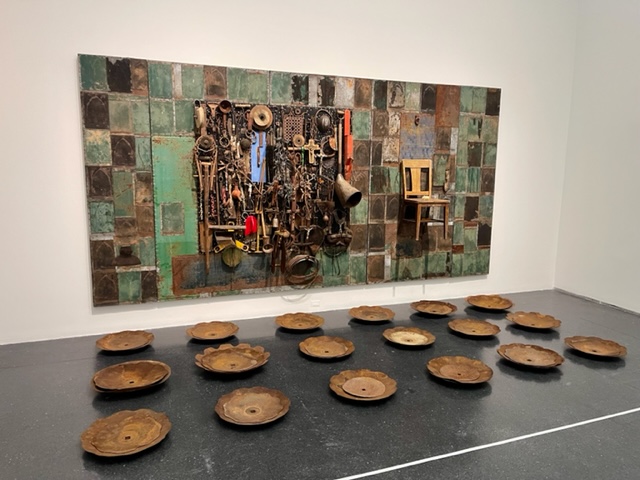 For those that are not familiar with the openly gay artist, Cave was raised in Fulton, Missouri, but eventually left to spend summers in New York studying with the Alvin Ailey American Dance Theatre. Cave taught a fiber art program at the Art Institute of Chicago after 1989 until he opened his own clothing company in Chicago where he now resides with his partner.

Cave considers himself more of a messenger and believes in combining both the visual and performing arts together to invoke change and spark outrage at the injustices in the world today. 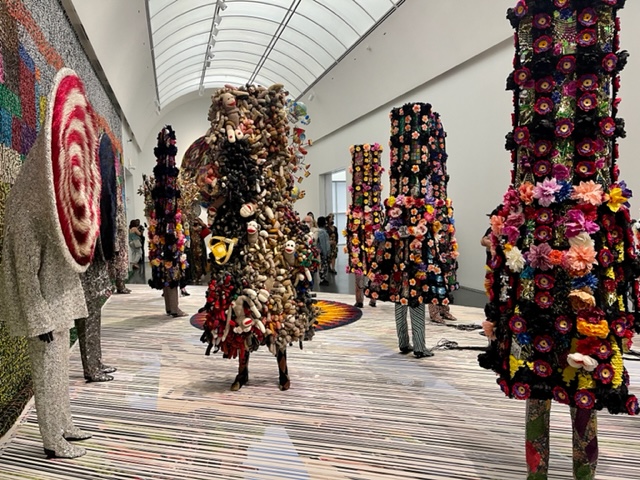 The retrospective show represents a three-decade career of Cave's work and contains over a dozen of his iconic soundsuits, among his other various creations. These suits are constructed with found materials such as beads, synthetic hair and twigs among many other items. The inspiration grew out of a necessity when funding was a challenge in the past and also a response to the Rodney King beating by police in 1992.

This prolific artist continues to shine a light on the dark side of racism in his concepts despite his schedule of duties at the School of the Art Institute of Chicago as director of the graduate fashion program. Luckily after his success, he has been able to hire assistants to help bring his unique visions to life. 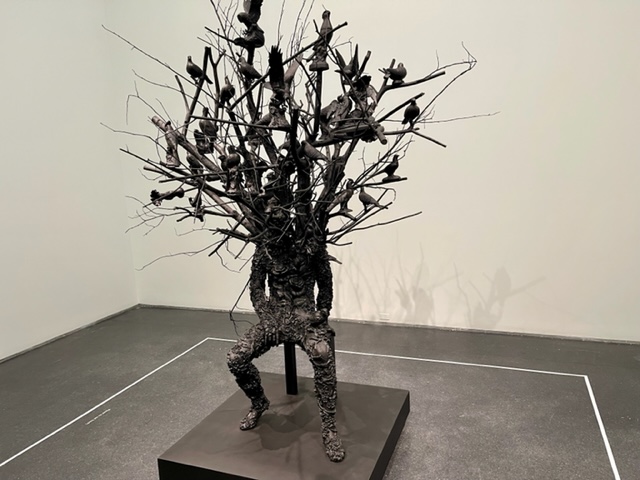 Tickets are on sale now at MCAChicago.org for the MCA Chicago exhibition portion of his work currently running until October 2, 2022. This showing coincides with Art on theMART's new video projections focusing on Cave's designs until September 7 of this year. A future exhibition is slated to be at the Solomon R. Guggenheim Museum in New York from November 18, 2022-April 10, 2023.