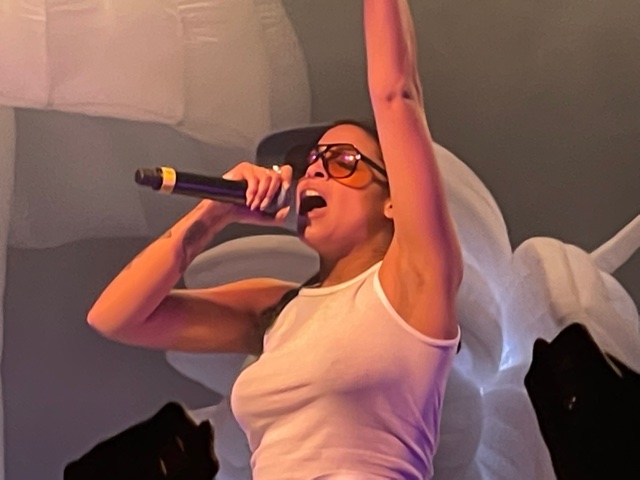 Destiny Frasqueri, better known as Princess Nokia, returned to Chicago again this year, this time at Bottom Lounge on October 16. This was for her Bloom Tour after she had played Lollapalooza in July and Lincoln Hall for an after-show in Illinois. The Lounge on West Lake Street was the right-sized venue for the talented artist at this point in her career.

For those that are not yet familiar with Nokia, she's a genre-crossing artist that walks the line between hip hop, soul and pop. Her style is eclectic thanks to being able to sing, rap and dance. She identifies as bisexual and gender non-conforming using they/them and she/her pronouns. The 29-year-old was born in New York and has Afro-indigenous and Puerto Rican descent. 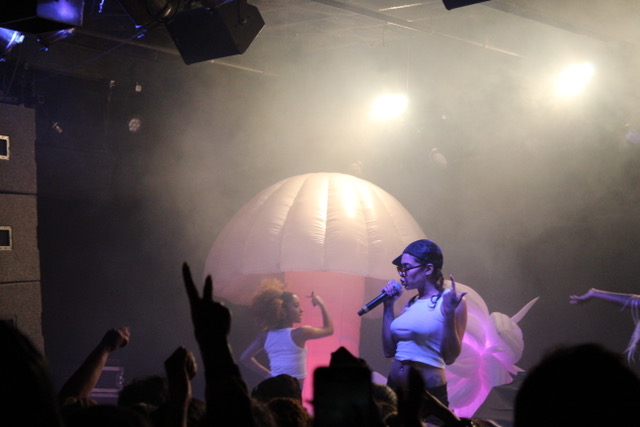 She talked about her past publicly on the mic during her lively Saturday night performance. This was not an easy task and stated that she didn't want to bring down the party, but hoped someone would relate to her personal stories of previous sexual abuse.

Nokia had many spiritual moments throughout the evening and connected well the with audience. One eager fan even threw her bra on the stage and Nikia exclaimed, "I want more of this" before twirling the brassiere to the beat of her song.

She confessed that she loves nerds while pointing out a person in the front, then stated that she has a "sweetheart" right now. 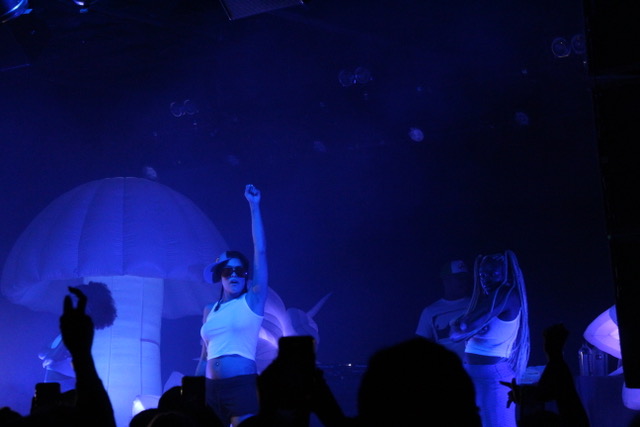 Her expressive personality shone brightly as she interacted several times with the diverse multitude of people by the barricade. Her DJ kept the party atmosphere going and her dancers were used as highlights on certain tracks. The dancers went offstage on other songs to keep the focus squarely on the lead artist.

Nokia shifted into a wide variety of music, sometimes sounding like Nicki Minaj, then crooning throughout the set similar to Erykah Badu. She sang in Spanish then held her own with acapella spoken word solos. She covered topics such as police brutality and abuse in her creative lyrics. 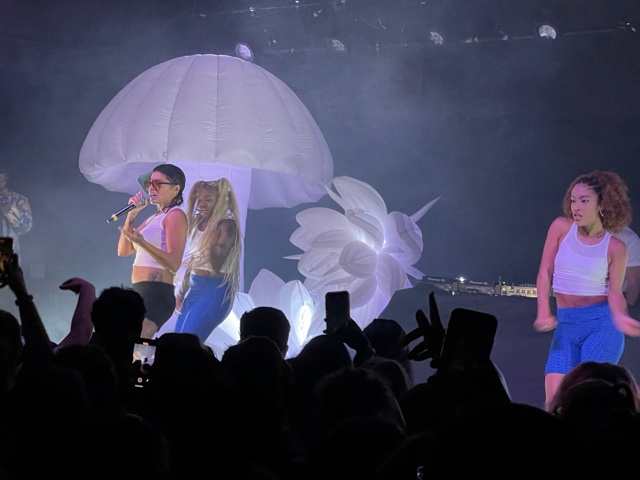 Nokia gave a shout-out to Berlin Nightclub as a place she used to visit locally and took pictures of the crowd as a souvenir.

Her new track "Boys Are From Mars" was a standout along with "Slumber Party." She talked about the Whitney Houston hit "I'm Every Woman" helping her get through past trauma before she launched into "Tomboy."

Nokia spoke about the amount of athleticism it takes to perform in a show such as this one and did a lot of heavy lifting. It was obvious her fans appreciated the work that special night.

Princess Nokia continues on with the Bloom Tour and updates can be found at PrincessNokia.org. She is certainly one to watch as her catalog of songs continues to grow with bigger venues planned for the future. Princess Nokia may just one day rule the world!