... it's seeing how dedicated others are to cosplay and to bringing specific characters to life. 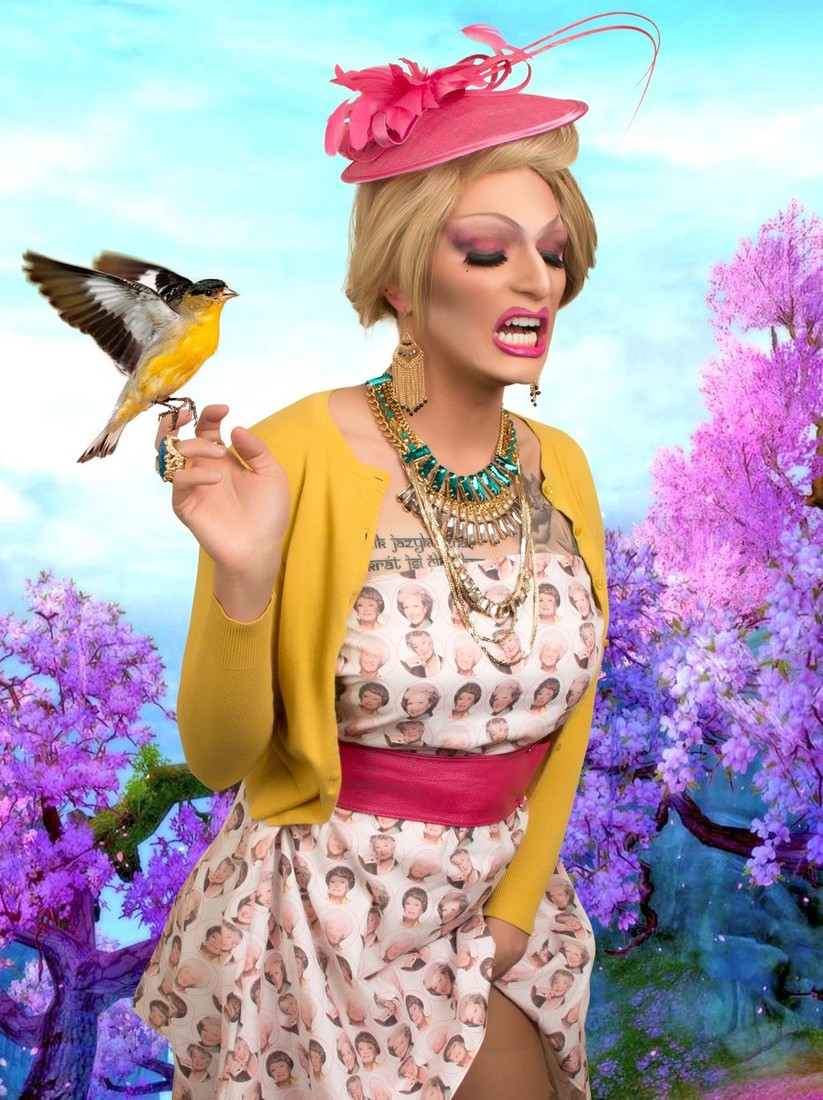 Fox E. Kim is a cosplay queen who has served Borg drone realness as Seven of Nine from Star Trek: Voyager, and House Targaryen glamour as Daenerys from Game of Thrones. On Friday, May 29, she'll be performing at Berlin as a part of the All Geeks party. All Geeks is an all-inclusive cosplay party that combines variety shows with photos, costume contests, prizes and dancing. Every month, the variety show offers up drag, burlesque and more variety acts all dressed in character to bring a theme to life, this month's theme: Buffy the Vampire Slayer!

FK: (FOX E. KIM): Oh gosh! I'm an anime girl myself when it comes to extracting cosplay ideas from visual media... But to make sure we actually have an audience for the show... I'll say that Buffy is definitely the greatest television series in the history of female hunters of supernatural beings (Minus Sir Integra Wingates Hellsing... Sorry, I couldn't help myself).

AB: But Witch Hunter Robin was good too though, right?

FK: Witch Hunter Robin is that weird cerebral and highly referential anime that I just can't get enough of. Definitely gives Hellsing a run for her money too. But no, really, Buffy is one of the most influential TV series still, and it ended how many years ago? It crosses all fields: nerds, vampires, sci-fi, fantasy, strong female roles, and Sarah Michelle Gellar (laughs).

AB: What are the biggest inspirations for Fox E. Kim's distinctive style?

FK: Really, it's seeing how dedicated others are to cosplay and to bringing specific characters to life. I draw a lot of inspiration from everyone I see around me. Like, take our special guest host Lucy Stoole as Buffy. She nails every look she does every time. I try to learn from dedication like that. It isn't something that comes easily. I am always on the look out for new ideas and I go to my peers first for inspiration. Surround yourself with good people, yeah?

FK: I don't know if it's flawless but I'll take it, thanks! My drag mom Electra Cute taught me my basic skills, and then, as they say, practice makes permanent! It's kind of hard doing different characters each month. You have to be able to adapt your own skills to each individual character while still keeping it your own interpretation. It's a tricky balancing act. I'm trying to always learn something new each time I do make-up even if it means having a somewhat crunchy face. Having make-up not work out is just as informative (if not more) than having it look great.

AB: And you are also a sewing queen, is that correct?

FK: Yeah! I also sew. I first started making throw pillows for couches since they are typically so expensive in stores. Then, a friend of mine dared me to make a bowtie out of this really sweet fabric and I accepted that challenge with pretty good results (I have about 15 different bowtie patterns in my collection now). It just sort of made sense to learn to make dresses and modify existing outfits to suit my needs. The most beautiful thing I've ever made so far is a dress out of 12-inch white ostrich feathers. It took me eight hours to make, and a shameful amount of materials, but it was completely worth it.

AB: Are there places in Chicago that are, for you as a queen, like The Magic Box (the magic shop on Buffy)? Can you share them with us?

FK: Get an Amazon Prime membership—that stuff is gold, and probably even more useful than The Magic Box! To a lot of people's surprise, the Uptown jewelry district around Clark and Wilson also has some amazing jewelry, purses, etc., that really help add that little detail. And I'm also a huge fan of going to thrift stores and spending hours there looking for add-ons. You'd be surprised what you can find after a good dig. It really pushes the boundaries of your creativity when you're browsing a selection of ladies belts and dresses.

AB: For this month's All Geeks event, you'll be performing as Willow Rosenberg—both season 2 style, and season 6 style "Dark Willow." Tell us more about that creative decision.

FK :I love that it's kind of one big meta alter ego. What I mean is, it's me as my alter ego, Fox E., doing Willow, doing Willow's alter ego, Dark Willow. This is also pushing me to do two very distinct looks in one show, which I've never done before, make-up-wise. (I've practiced it a few times and think I've got it down though!). I know that Buffy brings huge fans to shows and I want to match that fandom with a really well-thought-out creative look.

AB: What draws you to the character Willow?

FK: She's a really complex character and doesn't flatline in the show. She stands out (maybe in a bad way, but hey, if you can't be famous...). People I know watching it right now are like "I just got to Willow! What is she gonna do?!" I like that build up a lot. Plus I just love Alyson Hannigan (the actress who plays her). She has this sort of nuanced, carefree attitude that is really hard to pull off skillfully.

AB: How did it affect you when Willow came out as gay on the series?

FK: I'm not sure when I first saw it as a kid that I realized how important her coming out was. Like looking back on it, it's kind of crazy—to think someone in the late '90s came out on TV. I'm a huge supporter of visibility in the LGBT community. I think it's great. I won't rant, but yeah, we really need more of this in media, especially in nerd circles.

AB: At the All Geeks variety show in April, you gave us a fierce Phoenix (from X-Men), complete with fan–dance/ribbon-dance "flame" throwing. At one point in the series, Willow is compared to Dark Phoenix, and referring to her as "Dark Willow" is a direct reference to the character from X-Men. Is there something about intelligent women who become more powerful after they’ve been scorned that appeals to you?

FK: How's that saying go? Hell hath no fury like a woman scorned? I think there's a huge underrepresentation of strong female characters in geek-land, and as you pointed out, it's often because they have been scorned. It's that character development that I'm really drawn to—there's more to Dark Phoenix or Dark Willow than just "dark" from the get-go. You see where that power comes from. I try to channel that when I do cosplay. Really just build up the performance with some sort of explosive ending.

AB: So, will there be blood? For example, will you be flaying anyone alive, as Willow did to Warren in the episode "Villains" (season 6, episode 20)?

FK: All I will say is "Bored now." (laughs). I will definitely be incorporating some quotes from the show plus a little Fox E. flare. (smiles). I will keep the liquids to a minimum though.

AB: Will there be singing? On the Buffy spin-off series Angel, there's a karaoke bar called Caritas, run by the demon Lorne, who can see into people's souls when they sing. If Fox E. Kim sang at Caritas, what would she sing, and what would Lorne see?

FK: I love this question! You see me sing "Someone Like You" by Adele. That song speaks to me in really great ways—mostly how it allows me to be totally cathartic while belting out sickening lyrics, and well, it is Adele, after all. You would probably see Fox E. in something really unique, really couture. I do so much cosplay that I often feel I miss expressing myself and who I am as a performer.

AB: We look forward to seeing you Friday night! And, because we like to plan ahead, where can we see you next?

Catch me in New York for Flame Con! I'm so humbled and honored to be a part of an LGBT-focused geek con. I hope this is just one of many events to showcase all that All Geeks has to offer. Also, I am very pumped for the next few months of All Geeks. (I will be getting back to my anime roots very soon). Besides All Geeks, I do some hosting for a few LGBT sports teams, including Proud to Run and Frontrunners at the Chicago Marathon (both of which require me to get up at 4:00 AM and start getting in drag...yikes.)