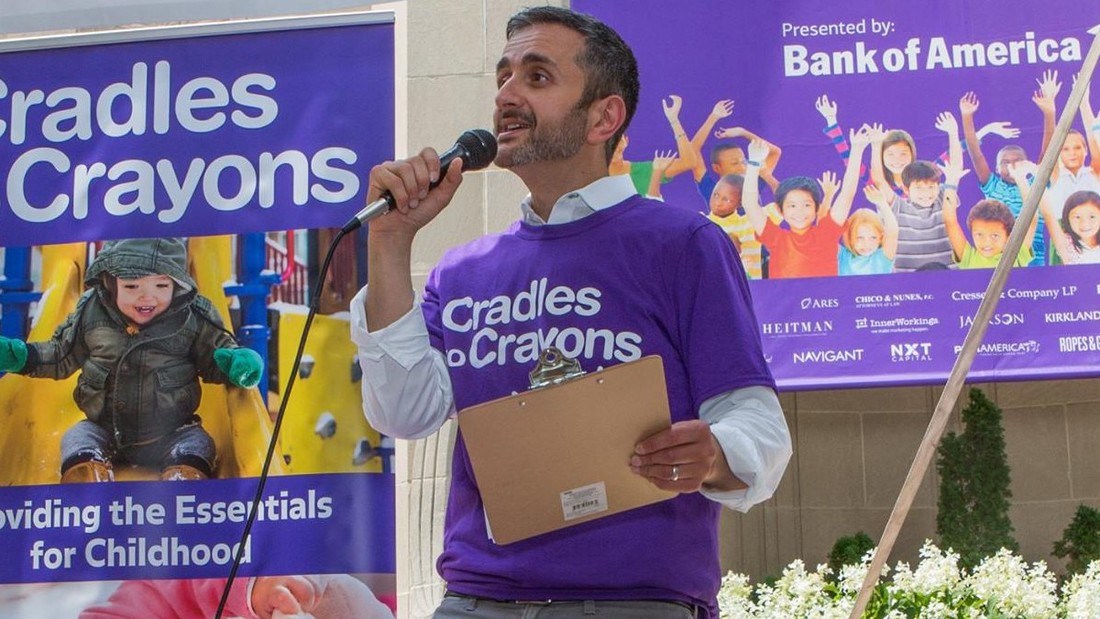 Cherkasov dedicates his life to helping others

Chicago, IL - Bernard Cherkasov, the executive director of Chicago's Cradles to Crayons, is one of 38 naturalized citizens honored by the Carnegie Corp. of New York in its annual list of "Great Immigrants."

Cherkasov, who was born in Azerbaijan and raised in Detroit, served as CEO of Equality Illinois from 2009 to 2016.

In his role at Cradles to Crayons, Cherkasov has helped provide underprivileged children with clothes and other essentials for nearly 60,000 kids in Chicago, Boston, Philadelphia and other cities across the country. His status as a refugee, he said, inspired him to want to give back.

"There's something about my experience of being a Jewish refugee and feeling hopeless, powerless, and always having to fight to have a foot in society," he told ChicagoPride.com in 2015.

Related: In June 2018, Cherkasov was named among the NBC out Pride 30. View the NBC News profile here.