Sidetrack to Lead With Love this summer, celebrates 36th anniversary 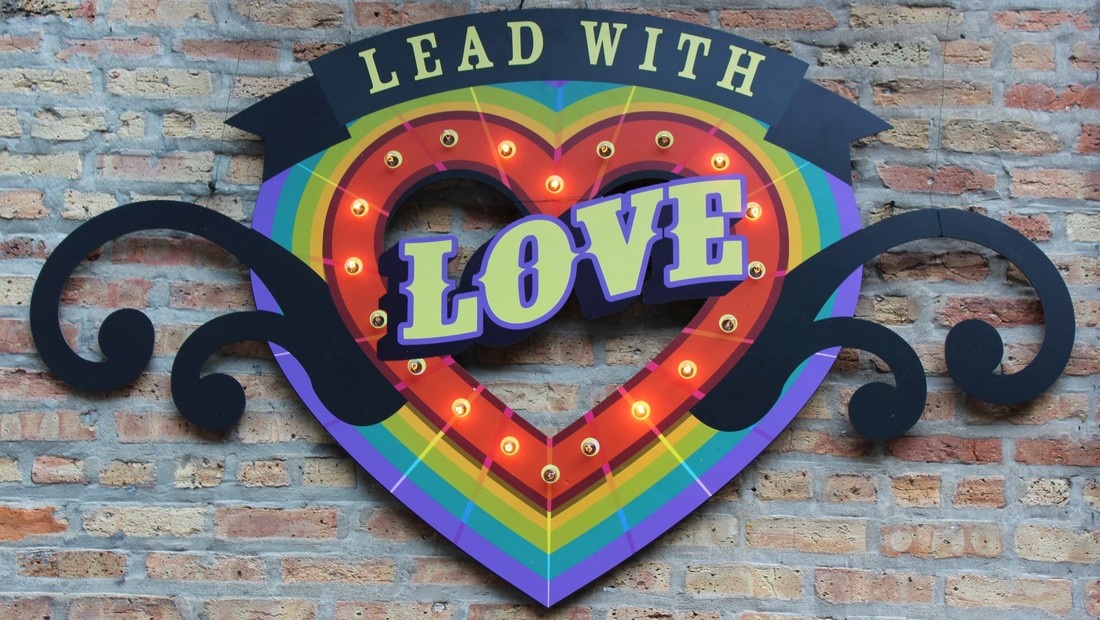 Sidetrack is certainly in full Pride Month mode, featuring the Anniversary Celebration on Wednesday, June 20, from 6 p.m. to close, with drink specials, cirque-themed food from Chubby Wieners and The Slide Ride, and give-aways. There will be multiple drawings for tickets to The Cher Show, Waitress the Musical, Beyoncé and Jay-Z's On Run II Tour Chicago concert, Dua Lipa Lollapalooza after-concert, and Sidetrack Summer VIP packages.

Cirque Du Sidetrack features the work of Chicagoans Matthew Harvat, Edwin Martinez, David Andora, and others. Sidetrack will continue featuring the RuPaul Drag Queen Artwork of Chad Sell, and also added an installation from local artist Matthew Adamczyk. His series of "sexy clowns" can be seen in Glass Bar and Sidebar.

Sidetrack will, of course, shine on Sunday, June 24, in the annual Chicago Pride Parade – with a unique float that has been the collaboration of many people, including marketing and promotions manager Bryan Smith, designer Roger Wykes, graphic designer Jackie Weinberg, and others.

They have been planning for the parade since early-April.

"In the current political climate, it is important to remember that leading with love will always make the world a better place," Balof said.

When asked about Pride Month, Balof said, "Pride has really grown to be a cultural event that encompasses all of Chicago."

Case in point, he noted: stores on Michigan Avenue have Pride installations; Target stores have an entire Pride section; and companies all over the city have Pride celebrations.

"Sidetrack has been and will be very busy all month long," Balof said. "Some (June) highlights include the wedding of Melissa and Megan Bauer who love Musical Monday so much that they had their wedding here June 11 and Musical Monday served as the perfect reception after their private wedding and smaller reception Monday afternoon.

"The Field Museum hosts Science and Slushies, a Pride event that showcases scientists work. Think, a science fair for adults with great exhibits. The Pride Bowl Kick-Off Party welcomes hundreds of flag football players to Chicago for the (multi-day) tournament. (On) Friday, a collection of over a dozen companies, both local and national, celebrate with their event Professionals Do Pride."

In addition, Sidetrack is the VH1 official Chicago viewing party for RuPaul's Drag Race, thus, the bar will host the Season 10 finale on Thursday, June 28. The viewing will be hosted by Dixie Lynn Cartwright and DiDa Ritz, and the finale will include giveaways featuring the artwork of Chad Sell, performances from local drag queens and more.

"I think this year it's very important for us to use this month to celebrate and support each other," Balof said. "There are many things happening beyond our bubble of Chicago that threaten to destroy the work that the LGBTQ+ community has been working tirelessly for decades to achieve. We need to come together to make sure our achievements are not lost and that our leader leads with love."

Sidetrack is known for Musical Mondays, Sunday Funday Show tunes, Outspoken Storytelling, All Things Beyoncé parties, Sync-It lip-sync contests, and many other events. For more about Sidetrack, go to: www.sidetrackchicago.com

Related: The 10 things you want to know about this year's Chicago Pride Parade