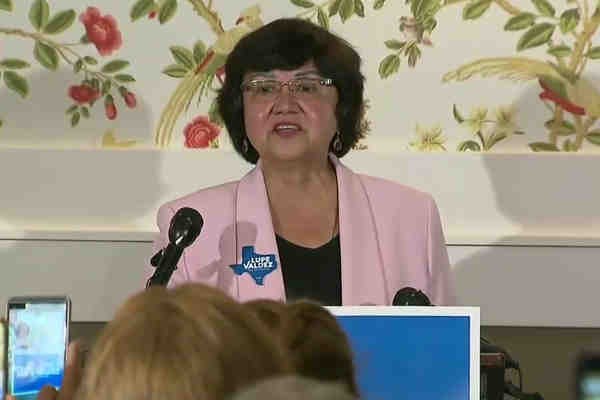 Valdez made history by becoming the first openly gay and Latina candidate for governor of Texas.

"I'm getting darn good at uphill battles," she told a crowd of supporters Tuesday night. "And I'm not done yet."

"Tonight Texans made history by making Lupe Valdez the first openly lesbian woman to win the gubernatorial nomination from a major political party – the latest in a series of groundbreaking wins for LGBTQ candidates in the state," Annise Parker, president and CEO of the LGBTQ Victory Fund, said in a statement. "While bigoted state legislators in Austin continue to divide the state and target our community, Texans are voting for LGBTQ candidates because we are authentic, values-driven leaders who deliver on promises. That is why Lupe won, and we will work hard to expose Governor Abbott's cynical politics of divisiveness and showcase Lupe's positive agenda for Texans over the next five months."