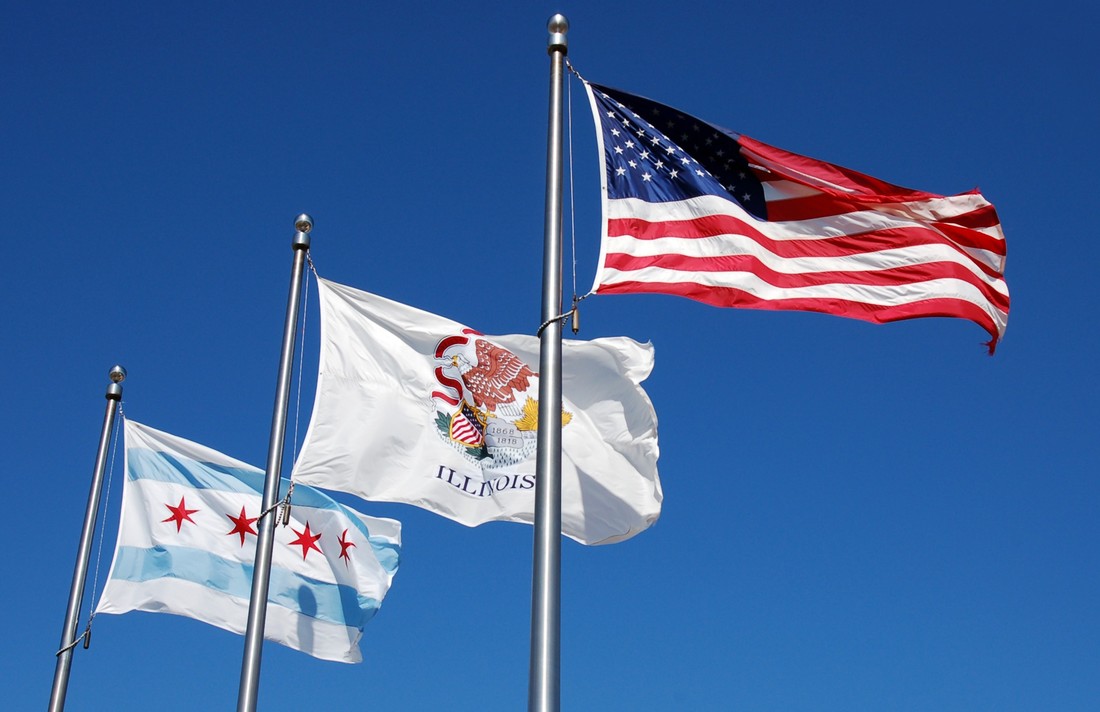 photo credit // shutterstock.com
Chicago, IL - In a major development in the fight for federal oversight of the Chicago Police Department (CPD), over a dozen community groups today reached an agreement with the City of Chicago and the Illinois Attorney General.

The community coalition comes from two major lawsuits, Communities United v. City of Chicago, filed by the ACLU of Illinois and Equip for Equality, and Campbell v. City of Chicago, filed by a coalition of legal firms, including the MacArthur Justice Center and the University of Chicago's Mandel Legal Aid Clinic. Both lawsuits called for federal court intervention and community driven oversight in response to the Trump Administration's public opposition to such measures.

Today's agreement allows plaintiffs from each lawsuit to monitor the consent decree that the City of Chicago and the Illinois Attorney General are currently negotiating, and specifically gives those groups rights to enforce the forthcoming consent decree to reform the CPD.

"The Memorandum of Agreement signed today is an important step in the long road to police reform in Chicago. Our goals are for a robust consent decree to be entered by a court, and for that commitment to be enforced. This Agreement allows community groups to act as watchdogs during the long-term reform process," said Kathy Hunt Muse, counsel for the Communities Unitedplaintiffs.

"If all sides comply with this Agreement, the result should be a consent decree that reflects the expertise and insight of survivors of police violence and their families," said Sheila Bedi, co-lead counsel for the Campbell plaintiffs. "The Agreement resulted from Black and Brown communities' demands for justice. These communities have secured the right to enforce the CPD consent decree and as a result, the consent decree process now has the potential to help create meaningful community-based accountability over CPD."

Organizations included in the agreement are deeply rooted in communities that have been most impacted by police corruption and violence. In addition to its own members, the ACLU represents Communities United, Community Renewal Society, ONE Northside, and Next Steps. Represented in the Campbell suit are Black Lives Matter Chicago, Chicago Urban League, Blocks Together, Brighton Park Neighborhood Council, Justice for Families—Black Lives Matter Chicago, Network 49, Women's All Points Bulletin, 411 Movement for Pierre Loury, and the West Side Branch and Illinois State Conference of the NAACP.

"CPD officers shot and killed my 16-year-old nephew and since that day I have dedicated my life to righting all that is wrong with the Chicago Police Department," said Arewa Winters, Black Lives Matter Chicago/Justice For Families and Campbell Plaintiff. "After years of struggle, I finally have some hope that if the City and State follow the Agreement, we can prevent CPD from murdering another mothers' child."

Under today's agreement, the groups may provide input into the decree being negotiated between the City and the Attorney General, object if the decree is inadequate, and, once the draft decree is entered by the court, enforce it if the City and CPD don't follow it.

"This is an important step forward in creating a blueprint for addressing not only a local, but also a national problem," said Matthew M. Karlan Partner with Cleary Gottlieb, one of Campbell Plaintiffs' counsel. "The Agreement provides a framework for sustained and active community participation in enforcing a consent decree that will govern the CPD's use of force policies, and police-community interactions in Chicago more broadly, for years to come."

"We are pleased that today the Attorney General and the City committed to ensuring that people with disabilities are included within their consent decree," said Amanda Antholt, Senior Attorney at Equip for Equality.

"The work is not done. The consent decree is still being drafted, and the Agreement only requires the Attorney General and the City to consider our input. Only after their decree is made public will we know whether the community's demands are accepted or whether we will have to object to the decree," said Roxanne Smith, a member of Communities United.

"The MOA ensures that if the City and the State ignore our demands, the federal court will hear us out in a fair and transparent manner. We've been fighting against CPD misconduct for generations and our fight will continue throughout this process," said Carl Brinson, President, NAACP West Side.

As part of today's agreement, attorneys will ask to delay further action in their current federal lawsuits during negotiations currently underway between the City and Attorney General.

"Today's agreement provides a path for community involvement in the proposed consent decree. If our clients' concerns are not addressed, we are prepared to resume litigation," said Bradley Phillips, Partner with Munger, Tolles & Olson LLP, one ofCommunities United's attorneys.