Gay Games 10 in Paris could bring record numbers of participants 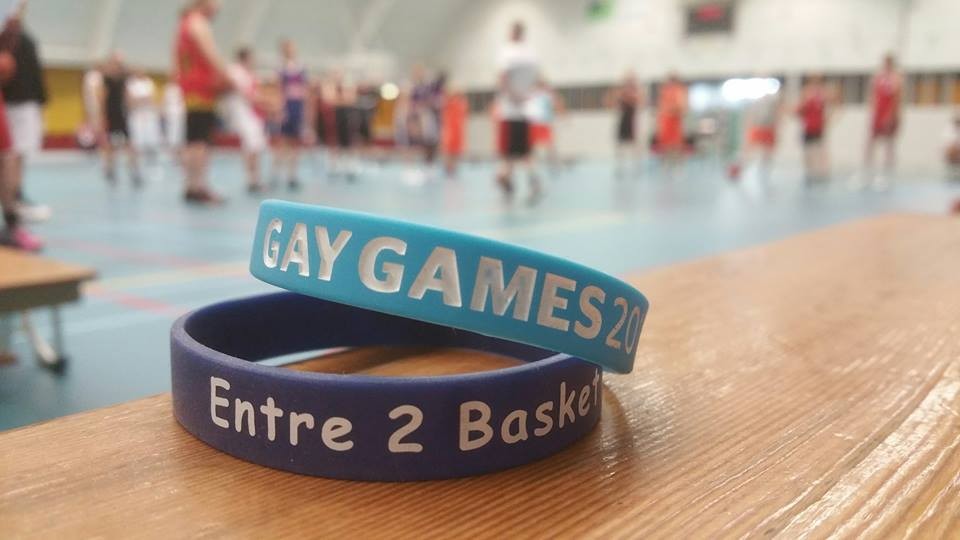 Registration for Gay Games 10, scheduled for Aug. 4-12 in Paris, has surpassed 6,000 participants – and with about 200 days before the Opening Ceremony, it is the highest total at this point for any past Games, and more than 1,500 in comparison to where Chicago (in 2006) and Cologne, Germany (2010) were.

"We are happy to be ahead of our goal," Manuel Picaud, co-president of Paris 2018, said in an exclusive interview. "We are cautious about the trend for (the) next several weeks. We have a maximum capacity of 15,000 participants, but our budget is based on 12,000 participants. The sooner participants register, the better."

After all, two sports (golf and tennis) have already filled and closed their registration, and several other sports, including table tennis, water-polo and rowing, are near-capacity.

There already are registered participants from 80 countries, with the largest delegation (over 2,000) coming from the U.S. There are more than 1,400 registered from France, 1,700 from the rest of Europe, 380 from Australia and 70 from China.

More than 100 registered participants are from the Chicago-area.

"We are very proud of our team (which) has been working hard for five years to host this 10th edition of Gay Games," Picaud said. "Most of our promises during the bid have been confirmed or improved. We have reached the highest number of partners from institutions, sports federations, NGO's and LGBT community ever. Paris 2018—Gay Games 10 is in all calendars of our nation.

"We have three main goals in order to reach a fourth one. Give an unforgettable experience to thousands of athletes, artists and volunteers. Raise funds for the events. And organize the whole program of the Games. In order to deal with the mindset towards LGBTs in sports and more generally to combat discrimination in sport, culture and society. Our mission is clear and we are ahead of schedule for all those objectives."

Picaud said the five most popular sports are the 5K/10K runs, swimming, marathon, tennis and water polo. The running events have more than 1,000 individuals registered, and aquatics has already attracted more than 1,250.

Picaud said no sport is in jeopardy of being cancelled due to low or no registration.

"We have built a legacy plan with our members, but also with the French government and the City of Paris. Paris 2018 is pioneering to fight prejudices in sport, not only in our country, but (around) the world," Picaud said. "Gay Games is an event to change the attitude towards sport and combat homophobic behaviors in sport with several campaigns for equality in sport, with several conferences about sport for all and against discriminations, with many debates and new educational program in schools, firms, universities or sports federations, with a new section of same-sex couples in figure skating or dance sport.

"Gay Games 10 will be a success if participants, spectators, volunteers, partners and sponsors have a great experience and are happy with our program, our city and all celebrations. We focus on that."

Everything in Paris kicks off on the first Saturday in August, with the Opening Ceremony held at the 20,000-seat Jean Bouin Stadium. "After the life-changing parade of all athletes, artists and supporters, there will be a fantastic show with hundreds of dancers and well-known artists, and of course some speeches, memorial moments and a lot of emotion," Picaud said. "The opening party will follow at the Grand Palais, where world-renowned DJ Offer Nissim will offer an incredible show."

Picaud said organizers are taking every possible action to provide the highest level of security for all Gay Games 10 participants, volunteers, visitors and supporters with the assistance of the national police and army. "The security planning for Gay Games 10 is being reviewed by all responsible agencies in order to provide the utmost security for all participants and supporters," he said. "Of course, all venues will be secured and reinforced by a central point of security, control of all access in each venue, security of all events by the police and definition of security sectors."

Event organizers prepared a poster for Gay Games 10 and were surprised when the City of Paris thought that they should submit it to the National Olympic Committee. "We were even more surprised when this one asked the International Olympic Committee. And relieved when this one confirmed our right to use a rainbow flame as a symbol of Gay Games 10. It is a good sign that traditional sporting organizations understand and support our mission," said Pascale Reinteau, co-president of Paris 2018.

"Paris offers its beauty for the first time to a world LGBT event in August. For the first time Gay Games will be hosted in a national capital city. Participants, visitors and supporters will not only enjoy the Gay Games, but also a perfect location for tourism ...and love. Registering (for) Gay Games 10 is not only participating in sport and culture, at a world event, it is also supporting our values and our combat for equality against prejudice. The more we are to celebrate, the more powerful our message will be.

Paris 2018 and the French Ministry of Sport will host a special international conference about "(ending) homophobia in sport," Picaud said. "This will be held at INSEP, the national training venue for champions, on May 17 during the International Day against Homophobia and Transphobia, marking "another step forward and (helping) the world LGBT community to feel better in sport."