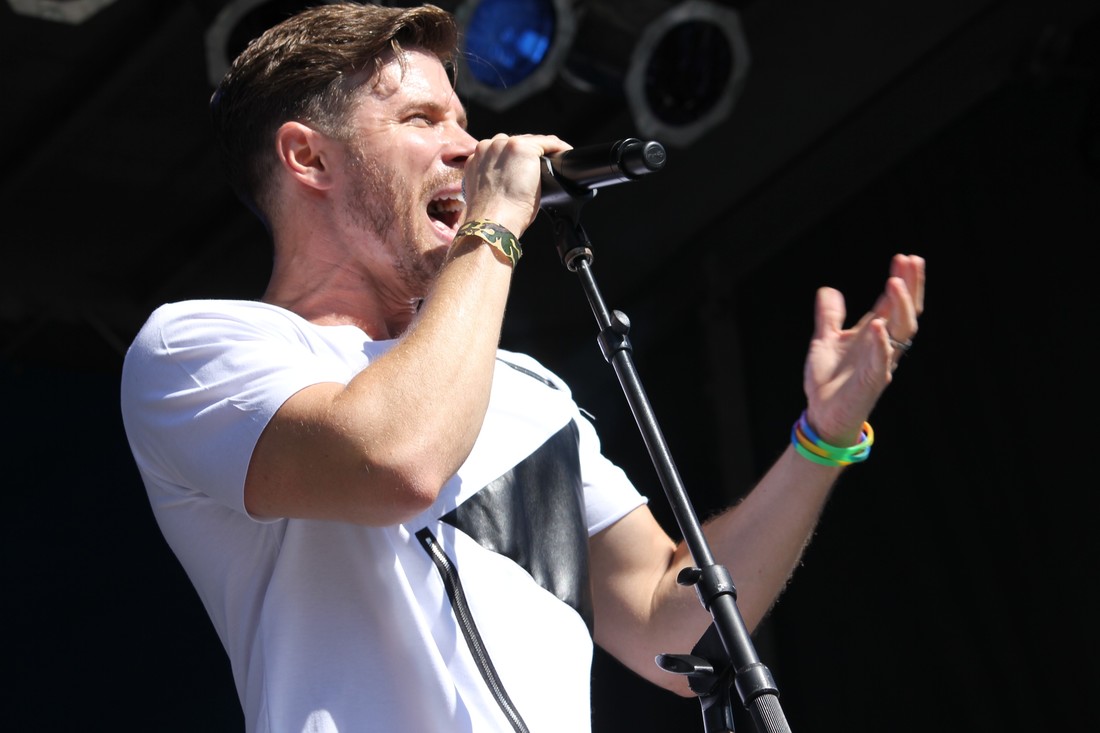 Chicago, IL - A few years ago, Shaun T spotted a singer on Instagram and was hooked.

"I immediately thought he was a great singer, and he could play the piano too," Shaun T said.

Shaun T started following Michael McBride for his music, not for the regular motivational workout and/or fitness-related posts.

"We developed this cool relationship over Instagram," Shaun T said.

During the summer of 2016, McBride was at a fitness-focused convention in Nashville and had the chance to finally meet Shaun T.

"I had my speech prepared, was totally fan-boying out," McBride admitted about their first-ever meeting. But it went by quickly as others were waiting.

A few weeks later, McBride posted a picture on Instagram with Shaun T – and he tagged the renowned fitness instructor.

Minutes later, McBride received a DM from Shaun T, all in caps:

OMG; I could have kicked myself; I totally didn't realize that was you (when we took a picture together a few weeks earlier), and yet I've been following you for a long time on Instagram and I love your music. I just wanted to reach out and say, Hello.

They would continue to text, call and exchange messages over social media.

Flash-forward to May, 2017. Shaun T was going to St. Maarten to celebrate his 40th birthday – and he invited McBride and Carrillo.

"We knew we had to find a way to make it happen," McBride said. "Ultimately we had a great time, breaking (past) the celebrity aspect and connecting as people."

The four, and others, even did rooftop karaoke on their first night.

"He's the best, he's so nice, he's awesome, such a great guy," Shaun T said of McBride. "We have been really, really good friends ever since. And he's amazing at karaoke."

Not surprisingly – McBride, 37, is an adjunct professor of music at Loyola University Chicago and North Park University. He previously studied music composition at Northwestern University and participated four times in the annual Windy City Gay Idol singing competition, with his highest finish in the top three.

"He's so much fun to be around, and Rodrigo is such a nice guy," Shaun T said. "I have a space in my heart for really nice people – and they really fit nicely into my heart."

McBride on Sunday, Jan. 7 will serve as the Master of Ceremonies for the first stop on the multi-city Shaun T Transforms America Tour – an immersive, one-of-a-kind experience in which he will teach his 7 Superpowers of Transformation.

"We hear a lot about the negativity around social media. But what we don't hear a lot about is, the incredible benefits of what social media can do for us – to connect people and empower relationships," McBride said, noting the Instagram-fueled journey he has traveled over the past few years.

The first leg of the Shaun T Transforms America Tour comes to Chicago on Sunday, Jan. 7, from 11 a.m., to 3 p.m. at Venue One (221 N. Paulina Street). Tickets range from $99 to $349, and GoPride.com is proud to offer a 20 percent discount for all ticket buyers with code CHICAGO20. To purchase tickets, go to: https://gopride.com/Zdqu