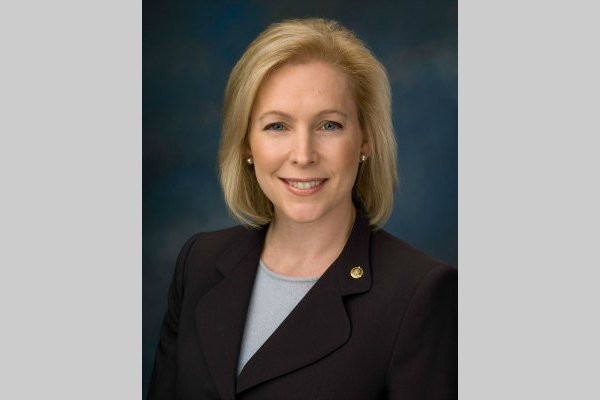 According to the Washington Blade, the two-page amendment was filed for consideration as part of the 2018 defense authorization bill and could see a vote as soon as this week.

Maine Senator Susan Collins, a Republican, has co-sponsored the measure.

Gillibrand and Collins, both of whom have spoken out against Trump's ban, reiterated their opposition in a statement.

"Any individual who wants to join our military and meets the standards should be allowed to serve, period. Gender identity should have nothing to do with it," Gillibrand said. "I am proud to work with Sen. Collins to introduce our bipartisan amendment to protect transgender members of our Armed Forces, and I will always fight for our brave transgender troops who put their lives on the line to protect our country."

Collins added: "Our armed forces should welcome the service of any qualified individual who is willing and capable of serving our country. If individuals are willing to put on the uniform of our country, be deployed in war zones, and risk their lives for our freedoms, then we should be expressing our gratitude to them, not trying to exclude them from military service."

While the Gillibrand-Collins amendment states that a service member "may not be involuntarily separated from the Armed Forces, or denied reenlistment or continuation in service in the Armed Forces, solely on the basis of the member's gender identity," it does not direct the Pentagon to accept transgender people into the armed forces. Instead, it relies on a military study on the issue announced June 30 by Defense Secretary James Mattis, setting a February 21 deadline for the study to reach Congress.

The amendment also does not mention the issue of transition-related health care, presumably an attempt to gain support among Senate Republicans.