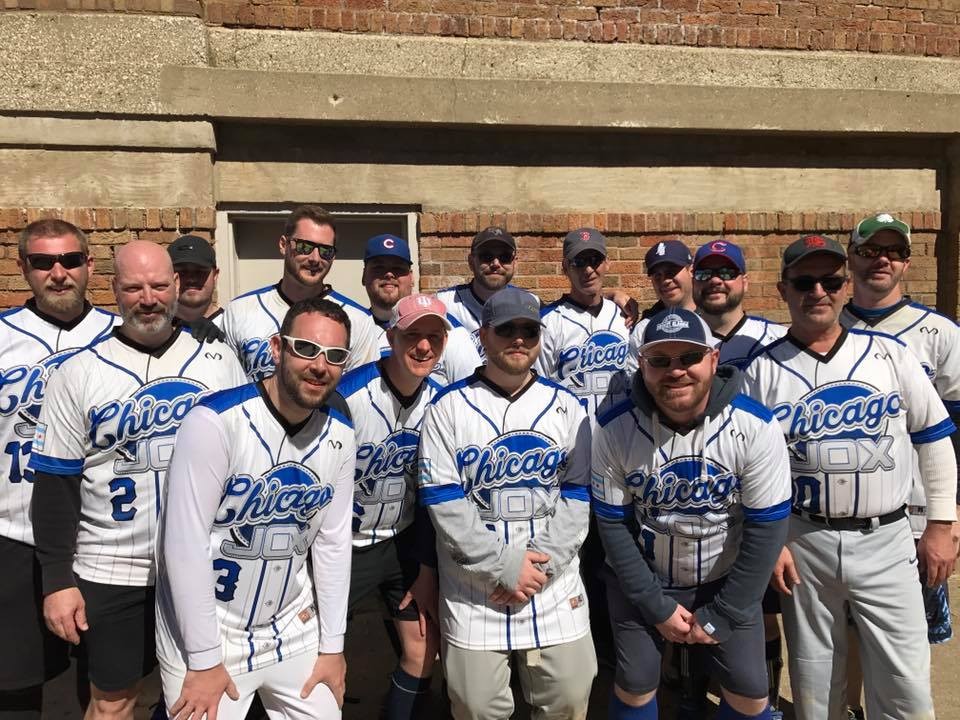 Chicago, IL - The Replay Jox had one memorable summer in the Chicago Metropolitan Sports Association (CMSA) Open Sunday Softball league, compiling a 17-1 regular-season record, then a 4-0 slate in the playoffs.

Now it's time for the team to take its game to the national level.

The Jox are one of four teams representing CMSA in the annual Gay Softball World Series, set for Sept. 3-10 in Portland, Ore., which last hosted the event in 2002.

In total, 185 teams will be battling for bragging rights, including a few from Canada, as the North American Gay Amateur Athletic Alliance (NAGAAA), which runs the annual Series, celebrates its 40th anniversary.

"I am anxiously awaiting to take this new team (to the Series). We have really bonded well throughout the season. This is a group of guys who take the time to talk things through with one another and are supportive of each other through the good and the bad moments," said Jason Topping, Replay Jox coach, who is traveling with a team of 15, including seven who will be making their debut in the annual slow-pitch softball extravaganza.

In Columbus, the Jox rebounded after a disappointing showing in Dallas, by seeding in the middle of the pack. They went on a five-game tear on Friday to finish 13th overall. "We fought and played well that year," Topping said.

"I believe in this team and believe we have the drive, skills, and focus to go deep in the tournament. This is the year for Chicago to show up and show out," Topping said.

Chicago has not captured first-place in the Series since the Sidetrack Classic team captured the inaugural Masters Division title in 2011, held in the Chicagoland area.

In 2009 in Milwaukee, the Spin Cougars captured the B-Division title, and in 2006 in Fort Lauderdale, Jackhammer Heat won the D-Division. Other Chicago champions: Cougar's (C-Division) in 2003, Little Dog Properties (D) in 2002, and Sidetrack (Open) in 1983.

"This year is special because we are taking half a team that has never been to a large tournament like this. I feel that they will both enjoy the team bonding and competition at this level, while also getting to enjoy Portland," Topping said. "This team has continuously surprised me all season. They have fought through injuries, missing players, strong competition, and disappointing moments yet always come together as a family in the end."

The Jox lost in week one of the CMSA season, then rolled out 16 consecutive wins.

Assistant coach Brad Kepple has been a key to the season's success, along with two newcomers: Jason Ewigman and John Jackowiak. "They both have come into their own throughout the season and filling into positions the team needed to be whole. They have been incredible additions to the team this season," Topping said.

The Jox will be cheering for the Sidetrack Shade, and all Chicago teams, to play on Saturday of the tournament – the day champions are crowned. In fact, playing on Saturday is the goal for the Jox.

The 2017 NAGAAA Hall of Fame dinner will be held in the Tiger Woods Center at Nike's World Headquarters in Beaverton, and two Chicagoans are among the inductees: Brian Redar and Gary Vien.

Other CMSA Sports: Also has played sand and indoor volleyball, dodgeball and kickball.

On the 2017 CMSA Open Sunday Softball season: "We have had great weather."