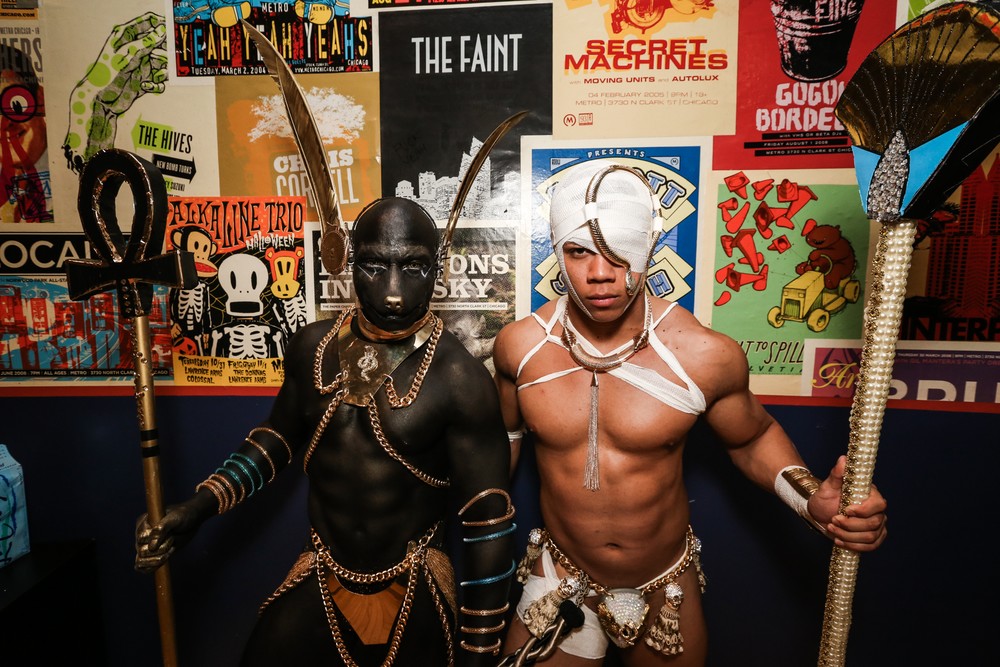 photo credit // jennifer catherine
view the full gallery
On Friday, Aug. 11, Neverland kicked off Market Days 2017 weekend with their over-the-top "Gods of the Nile" party, a night of high-concept sets, costumes and a marathon set by DJ Isaac Escalante.

The Neverland team turned the Metro Chicago into the golden desert of Ancient Egyptian mythology as party goers - dressed in theme - danced the night away.

"Neverland's parties have been doubling in size since last year, and we just felt like this Market Days party was the right time to unleash this theme," Anthony DiFiore, one of the founders and Creative Director at Neverland, told ChicagoPride.com.