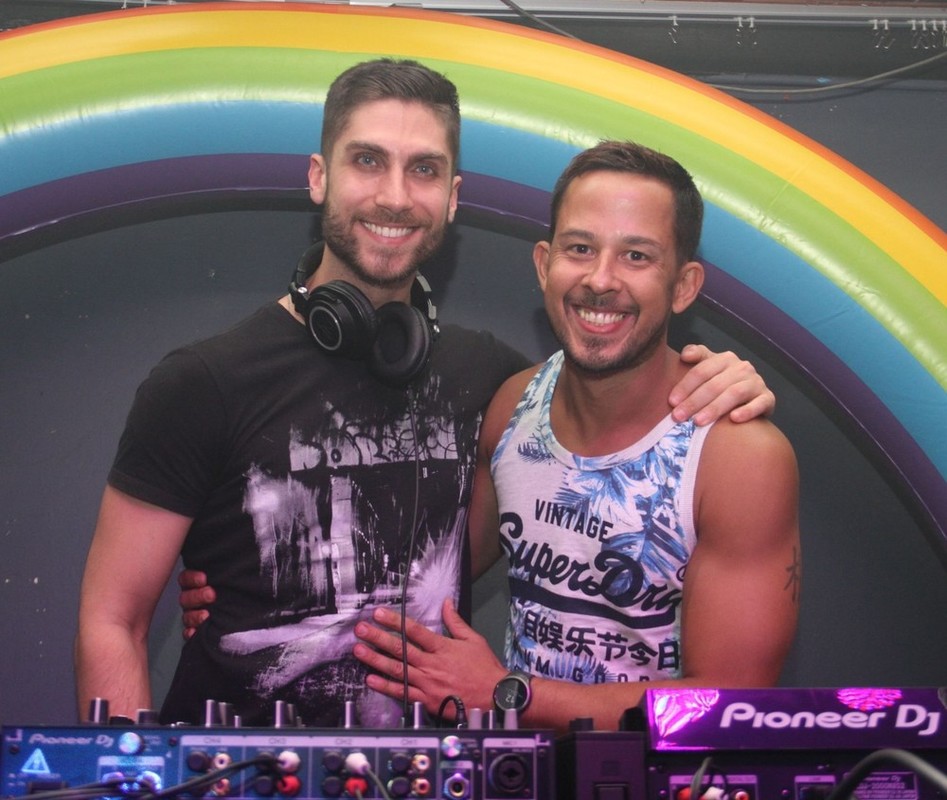 view the full gallery
The crowd arrived early and stayed late, and DJ Andre Grossi served some memorable sounds for the Market Days Party, which was one of the best ever from SKIN Productions.

The Brazilian DJ brought the sounds for the Saturday night event, Aug. 12, that didn't end until the early morning hours of Sunday, Aug. 13, at Fantasy Nightclub in Boystown.

More than 400 attended and the proceeds from the party ($1,800) was donated to the Test Positive Aware Network (TPAN). This year, SKIN Productions has already donated more than $22,000 to local charities, such as the Lakeview Pantry, through its monthly parties, such as the popular Octane Party, held at Fantasy Nightclub.

The Market Days Party featured a slew of sexy, skin-showing dancers, including a transgender dancer, Jenny, from Miami. Other dancers included Roberto PT Japm, and hot Brazilians Ricky and Fernando. And, several others did some skin-flaunting dancing for dollars too, much to the delight of the crowd.

"SKIN Productions is a party for a cause. We are happy that more and more people are finding out what our party stands for – the purpose and the causes we support," said Dan Tran, of SKIN Productions.

Coming next from SKIN Productions is, Liberation: A Labor Day Grand Party on Saturday, Sept. 2, featuring DJ Toy Armada (Philippines); and the next Octane Party will be Saturday, Sept. 9, featuring Grammy-nominated producer and remixer Tony Moran. Both will be held at Fantasy Nightclub.