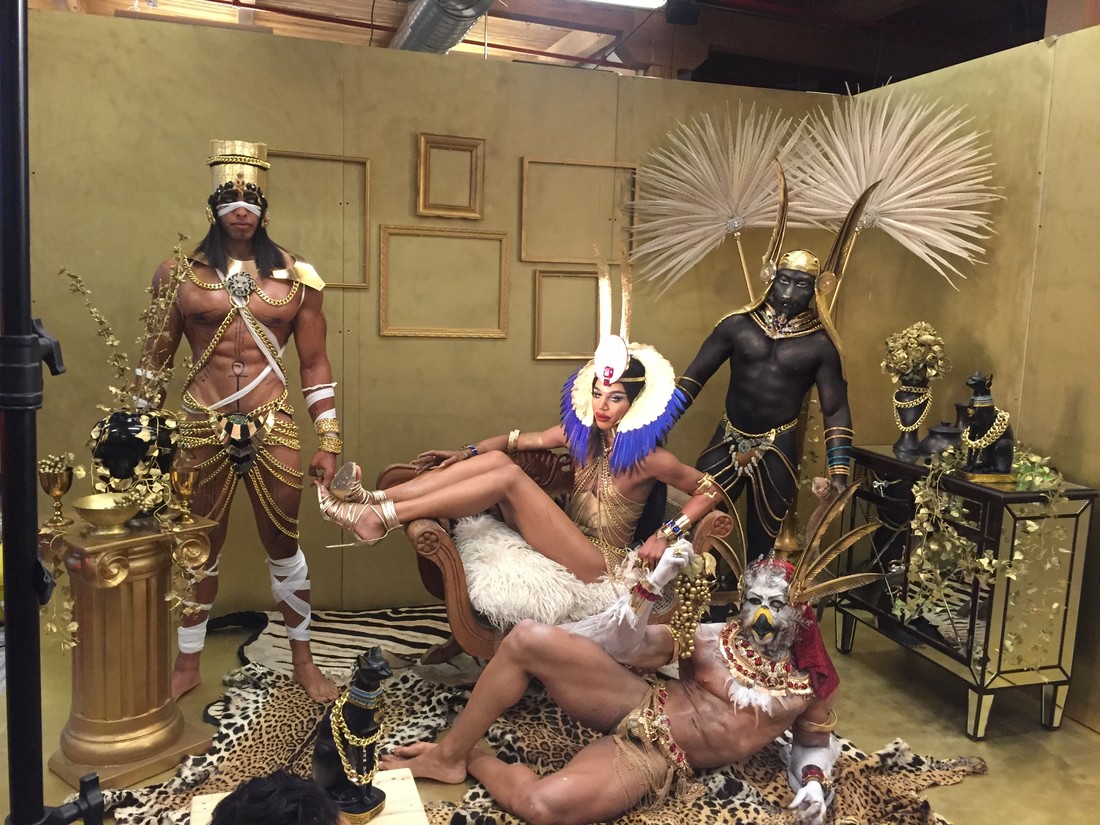 This Friday, Aug 11, Neverland kicks off Market Days weekend with their sure-to-be-fabulous "Gods of the Nile" party. Featuring a marathon set by Neverland favorite DJ Isaac Escalante, "Gods of the Nile" promises all of the high-concept sets, costumes and lights that you've come to expect from Neverland's over-the-top and always-packed themed dance nights.

"People can expect the consistency that defines Neverland," co-founder and Creative Director Anthony DiFiore told ChicagoPride.com. "It'll be that perfect blend of the right music (Isaac Escalante) with the right lighting (Joe Gillan) with the right sound, room, crowd, and production. Everyone involved this Friday is there because of a passion that drives them to create great parties."

Each Neverland party is accompanied by a creative photoshoot inspired by the theme, with this shoot taking it to another level, even going viral with its incredibly sexy and impeccably styled photos. Take a look at ChicagoPride.com's exclusive peek behind-the-scenes at the photoshoot inspired by the "Gods of the Nile" theme. It's the first collaboration between Neverland and photographer Aaron Nace and his company PHLEARN (instagram.com/phlearn) as well as with special effects and makeup artist Ryan Straut.

"The staff and models were on site for 14 hours that day working to create the photos and videos that would later go viral, reach over 1 million people on the web, and make the first page of Reddit," DiFiore said.

Don't miss "Gods of the Nile" this Friday, Aug 11, at Metro, 3730 N Clark St. Tickets are available at Egoist Underwear, 3526 N Halsted, in Boystown or online at NeverlandMarketDays.com.