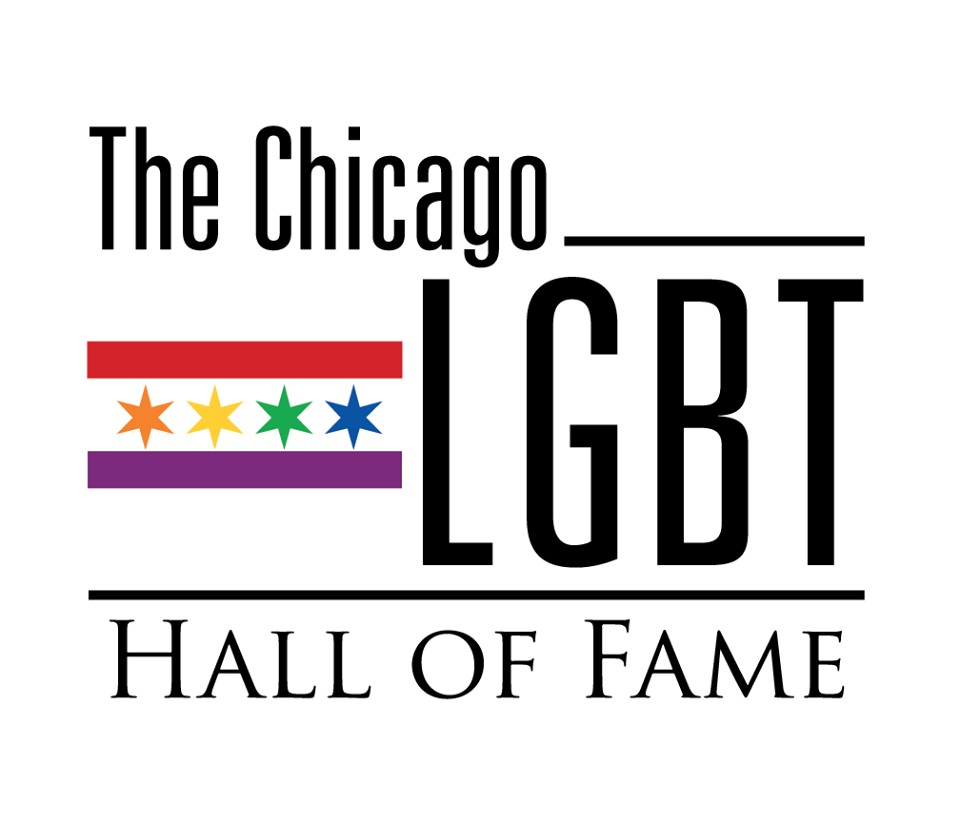 Chicago, IL - Nine individuals, three organizations, and two friends of the community have been selected for 2017 induction into the Chicago LGBT Hall of Fame, the organization which honors and celebrates notable members of Chicago's LGBT communities.

The Hall of Fame's annual induction ceremony will take place on Wednesday, November 8, at 5:30 p.m. at the Chicago History Museum, 1601 N. Clark St., Chicago, IL. The reception will begin at 5:30 p.m., with the program scheduled to follow. The event is free and open to the public.

The inductees were selected by a committee composed of current individual inductees who reviewed an array of nominations submitted by members of the public. The names were released by Friends of the Chicago LGBT Hall of Fame, a section 501( c )( 3 ) nonprofit organization.

Hall of Fame inductees fall into one of three categories: "individual," "organization," or "friend of the community." Nominees represent LGBT Chicagoans, past and present, living and dead, as well as those who have supported or assisted them.

Those honored in 2017 in the "Individual" Category:

Keith Butler - 45 - Actor who starred as Kevin the groundbreaking three part TV-Movie, Kevin's Room, about a support group for Black Gay Men. Butler used the platform to raise AIDS awareness and improve sexual health in the LGBT community, particularly within communities of color.

Kathy Caldwell - 58 - Police officer whose community service includes positions as treasurer of the Lesbian and Gay Police Association and Gay Officer's Action League and the vice chair of the Chicago LGBT Hall of Fame. She is a former Board Member of the Chicago Gay Games in which she served as liaison between police, the city, and the Gay Games.

Ketty Teanga aka Miss Ketty (1947-2011) — Performer and pioneer in the Latina trans community. Mentor to many young Latina and drag performers. Ketty was largely known for performing at Circuit Nightclub with the long running promotion La Noche Loca for 15 years.

Greer Lankton (1958-1996) — Raised in Park Forest, IL., Lankton was a distinctive transgender artist who blended folk and fine art in her work. A leading figure in the East Village Art Renaissance of the 1980s, she died in Chicago in 1996. In early 2017 Lankton became the first trans artist to show at the National Gallery of Art.

Glen Pietrandoni - 61 - A veteran of Walgreens who from 1996-2003 managed the pharmacy at Howard Brown Health Center specializing in HIV/AIDS. He also co-chaired AIDS Foundation of Chicago World of Chocolate for 9 years, and was a TPA Board Member where he was recognized as volunteer of the year in 2002.

Timothy Stewart-Winter - 37 - Historian and author of the critically acclaimed book Queer Clout: Chicago and the Rise of Gay Politics which documents the emergence of the LGBT movement in Chicago. Stewart-Winter is currently associate professor of history at Rutgers University.

Alicia T. Vega - 46 - A founder of the Gay and Lesbian Alliance at Loyola. In 1995, Vega joined Amigas Latinas, eventually becoming joining the board and serving as Co-Chair and Treasurer. A committed advocate for communities affected by trauma, especially LGBTQ youth. In 2013 she founded Q-Yes: Queer Youth Exploring Spirituality.

Honored in 2017 in the "Organization" category:

Lavender Woman — Groundbreaking publication and one of the earliest lesbian periodicals in the country. The all volunteer staff published 26 issues from 1971-1976, fostering lesbian awareness while chronicling art, news, and issues in the lesbian community of Chicago and beyond.

Leather Archives and Museum — Internationally renown museum and archives committed to safeguarding the history of the leather and kink community. Founded in 1991 by Chuck Renslow and Tony DeBlase, the LA&M has been as source of research and education through exhibits and workshops for 26 years.

People Like Us Bookstore ( 1988-1997 ). Chicago's only exclusively gay and lesbian bookstore which functioned as a community center, providing a safe space for LGBT individuals to explore their sexuality. The store hosted numerous LGBT authors, readings, and events as well as donated gift certificates to countless LGBT organizations.

Honored in the 2017 "Friends of the Community" category:

Alphawood Foundation — A leader in Chicago's philanthropic community for over 25 years which has offered grants to assist numerous LGBT organizations including the AIDS Foundation of Chicago, TPAN, and the Center on Halsted. The organization recently presented the Art AIDS America exhibit from December 2016 - April 2017.

The Chicago LGBT Hall of Fame was established in 1991 under the auspices of what was then the Chicago Commission on Human Relations' Advisory Council on Gay and Lesbian ( later, Lesbian, Gay, Bisexual and Transgender ) Issues, a municipal government agency. At the end of 2011, the advisory council ceased to exist after a commission restructuring, and the Friends organization succeeded it as caretaker of the Hall of Fame in partnership with city government.

The purpose of the organization is to recognize the achievements of LGBT Chicagoans, their contributions to the development of the city, and the help they have received from others. 2017 marks the 27th annual induction ceremony which remains an official recognition by Chicago's government of the city's LGBT residents and their allies.

Those selected for the "individual" category are or were members of Chicago's LGBT communities and have made single far-reaching or significant long-term contributions to the quality of life of those communities or the city as a whole. Those in the "organization" category are LGBT businesses and nonprofit groups that have done likewise. "Friends of the community" are non-LGBT-identified individuals and organizations that have contributed to the quality of life of the city's LGBT communities.