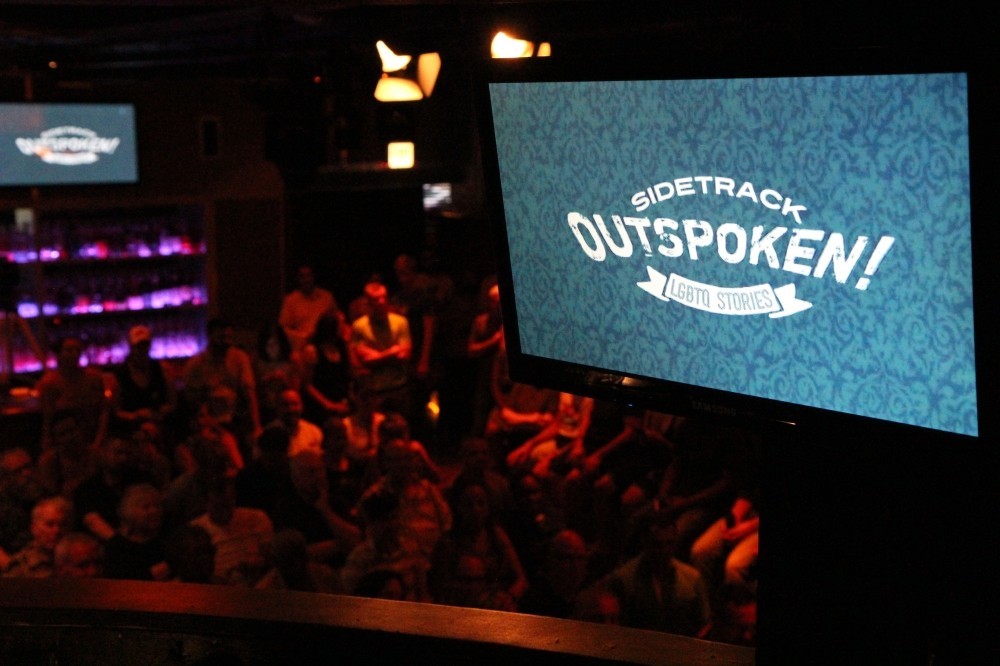 Richard Dahlman was born in Chicago and raised in Skokie. He graduated from Northwestern Military Academy in Lake Geneva, Wisconsin, in 1980. Richard served in the U.S. Navy from 1988 to 1993. He was the owner of Mail Boxes Etc. from 1993 to 2004 and is currently in general management in the food industry.

LeVan D. Hawkins is a solo performer and published poet and writer. His MFA in Creative Writing is from Antioch University Los Angeles. He has just returned from a month-long residency at MacDowell Colony of the Arts in Peterborough, New Hampshire. In Chicago, he has read or performed at the Homolatte reading series, Filet of Solo Festival, This Much is True Storytelling-Chicago, Links Hall, Gerber-Hart Library, The Center on Halsted, and the AltQ Music Festival at the Old Town School of Music. This is his second appearance at OUTspoken! He is currently working on his book, "What Men Do."

Andy Herren is sometimes a college instructor, sometimes a dog walker, sometimes an improv comic, and always an avid lover of going to the movies alone. He holds a Master's degree in Communication from the University of Illinois at Urbana-Champaign and has performed improv comedy and stand-up at such Chicago venues as The Second City, iO and The Annoyance. Most recently, Andy won The Moth in September 2016 and competed in the Grand Slam in November, where he received one of the highest scores of the night and one of the lowest, proving just how polarizing he can be. Andy also won the fifteenth season of CBS's Big Brother and holds the distinction of being the only openly gay winner in the show's history.

Diana Kaiser is excited to make her debut as a storyteller with OUTspoken! Usually found behind a light board, Diana has worked as a lighting designer in the Chicago storefront theater scene for the last two years. Storytelling has always been a passion and her number one reason for pursuing design work. She looks forward to stepping out from behind the scenes and sharing a piece of her story with you.

Robert Kingett is a journalist and author who just can't stop pouring his personal feelings onto a page. While he primarily makes people examine their own lives with his essays, he sometimes shocks people with his outspoken political articles, makes people laugh with satire news stories and enlightens readers with technology articles. Find him online at www.blindjournalist.wordpress.com.

Ashley Ray is a freelance writer and storyteller. She writes about everything from Teen Mom to the influence of The Daily Show on her early sexual development. As a queer, black woman, Ashley's work attempts to find joy and comedy in the worst moments of life's oppression. You can read her work at www.arayyay.com.

Avi Roque grew up in San Francisco, Calif., received their B.A. in Theater from California State University, Fullerton, and moved to Chicago to nurture their artistic spirit almost five years ago. Today, Avi is proud to say that they are an interdisciplinary artist and a Latinx gender non-conforming/trans individual who is constantly exploring transformation and discovery of self through devising new works, while also breathing life into the words of others. You can learn more about them and their whereabouts at www.aviroque.com.