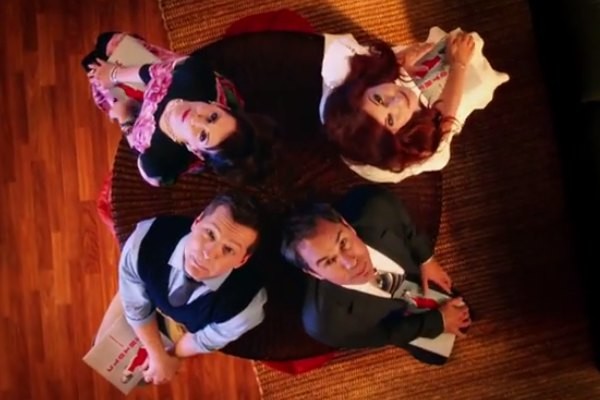 NBC on Monday released its first trailer for its much-anticipated revival of Will & Grace.

The 5-minute trailer begins with Will (played by Eric McCormack) and Grace (Debra Messing) exiting the office of NBC President Bob Greenblatt. Will is excited to be returning to NBC, while Grace needs some convincing. "I'm not feeling it," Grace says.

Undeterred, Will presses "something else" in the elevator and the pair are transported to their old apartment where tipsy Karen (Megan Mullaly) is taking a nap and Jack (Sean Hayes) is showing the apartment to a handsome stranger.

Then the entire gang breaks into a song about returning home.

"Why, everything's as if we never said goodbye," Karen sings.

NBC is promoting the upcoming 12-episode season of Will & Grace as an anchor to its new "Must See TV" Thursday night line-up.