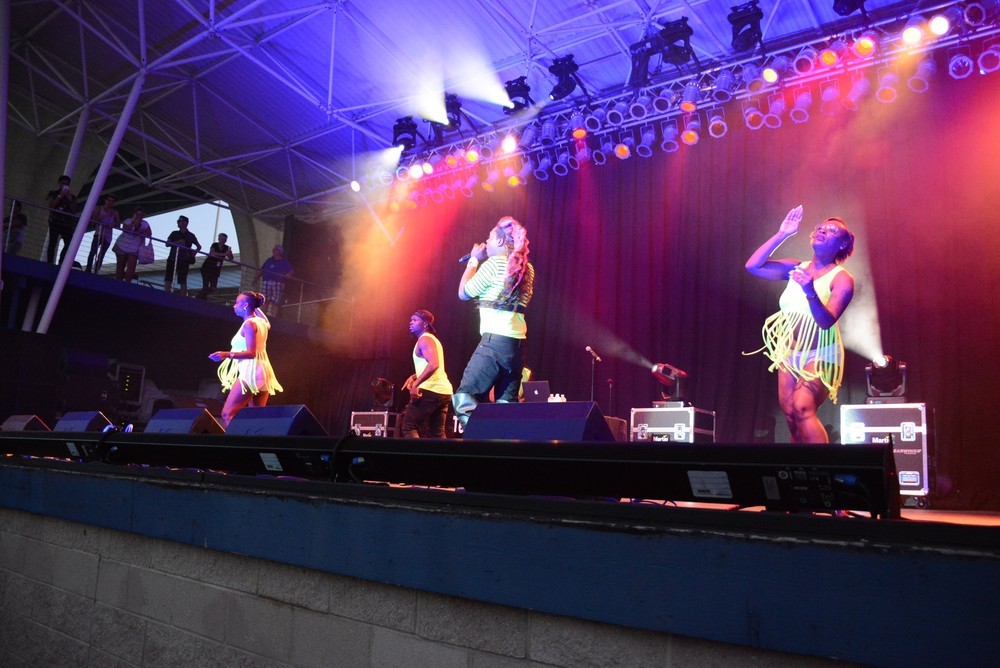 In wake of Orlando shooting, community unites for largest LGBT pride celebration ever

Milwaukee, WI - In the wake of the Orlando mass shooting, thousands of LGBT people and allies united in record-breaking numbers over the weekend for a celebration of pride, love and peace at Milwaukee PrideFest.

Early Sunday morning PrideFest Milwaukee organizers responded to the Orlando tragedy with reassurances of increased festival safety and security. Full metal detection was added at the admission gates and security staffing was increased across all areas of the festival grounds.

"United, we stood stronger than the hate thrown at us," said Scott Gunkel, president of Milwaukee Pride, Inc. "While Friday was a record high, Saturday's attendance was actually down. And then came the gut-wrenching blow of the Orlando and Los Angeles news."

"Once again — and not unusual for the LGBTQ community — we came together. We rallied our community and joined old friends and news. I thank everyone who came out in such huge numbers to support triumph over tragedy. Together, we outnumbered those who sought to silence and erase us. Together, we stand proud."

According to organizers, PrideFest Milwaukee 2016 saw an official attendance of 33,438 guests over the three-day weekend, honoring the city's 30th annual LGBT pride celebration. This attendance marks a 2% increase over last year's total of 32,822, the previous record.

Blondie and Sarah Silverman made their debut at the festival, joining returning favorites Big Freedia, Deborah Cox and Crystal Waters, among others.

The festival paid respect to Orlando victims with a moment of silence throughout the entire PrideFest grounds on Sunday at 4:00 p.m., followed by a short presentation from Milwaukee County Executive Chris Abele and others.

Las Vegas performer Coco Montrese, formerly of RuPaul's Drag Race, hosted a personal tribute at the Dance Pavilion at 10:00 p.m. "It was very hard for me to come here tonight," said Coco. "I lost many, many friends last night. Friends that I celebrated with, last weekend at Gay Days Orlando, that I'll never see again."

"My performance tonight is for them."

PrideFest Milwaukee, which began in 1987, is unique among Pride festivals in that it has its own, permanent festival park to call home. While most Pride events around the country, including Chicago, take place at block parties, neighborhood parks, or temporary stages, PrideFest Milwaukee is now celebrating its 20th year at Henry W. Maier Festival Park, home to Summerfest, the nation's largest music festival, as well as Milwaukee's summer ethnic festivals.

Chicago Pride Fest, which is organized by the Northalsted Business Alliance, runs June 18-19 on Halsted Street between Addison and Grace. A $10 donation is recommended. The Chicago Pride Parade is the following Sunday, June 26 at noon.