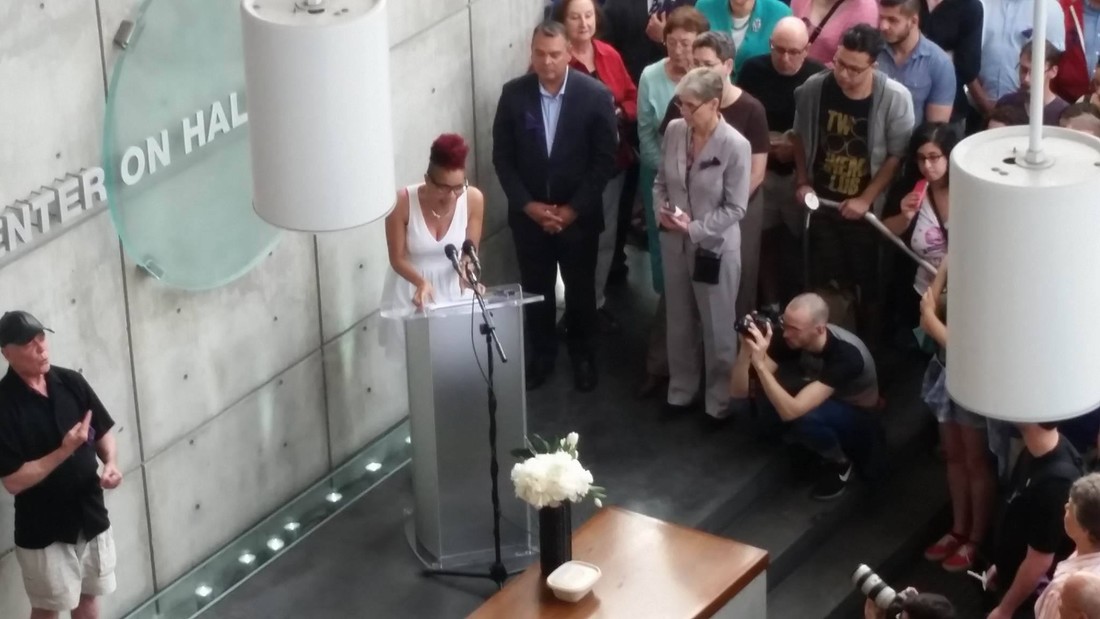 photo credit // mak kelm
Chicago, IL - One voice rang through the Center on Halsted Monday, moving some to tears while others applauded her call to action.

Poet Staceyann Chin declared 2016 "a good year to be out, to be proud," and called on fellow members of the LGBT community to stand with victims of a horrific attack at a gay night club in Orlando.

The worst mass shooting in modern American history left 50 people dead — including the shooter — and another 53 wounded, and Chicago's gay community gathered at the Center on Halsted, 3656 N. Halsted St., to remember them Monday evening.

WATCH THE FULL VIDEO AND READ THE FULL STORY ON DNA INFO.