Chicago police stepping up presence in Boystown after Orlando attack 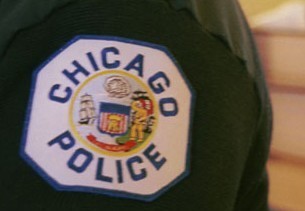 Chicago, IL - Chicago will be enhancing police presence in Boystown and other areas of the city after the deadly massacre at a gay nightclub in Orlando, city officials announced Sunday.

A gunman opened fire at Pulse, a gay nightclub in Orlando, early Sunday morning, killing at least 50 and wounding more than 53 others. Chicago Mayor Rahm Emanuel called the shooting a "horrifying act of terrorism" that was "an attack on our most fundamental values as Americans."

City officials said the stepped-up police presence is in the wake of the attack and the arrest of a heavily armed man near the LA Pride parade.

"These measures are being done out of an abundance of caution," Chicago Police spokesperson Anthony Guglielmo said. "There is no intelligence or threat against the LGBTQ community or any event within the City of Chicago."

Chicago will be adding additional police resources to the 19th District, which includes the Boystown, Lakeview and Lincoln Park neighborhoods.

Police said there will be increased visibility of officers at special events, including Chicago Pride Fest and the Pride Parade. They will also be policing CTA stops.

Related: Chicago LGBTs and supporters to gather in remembrance of Orlando terror victims