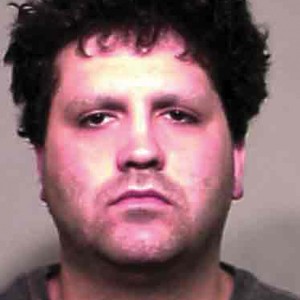 The 24-year-old Flanagan, who turns 25 this Wednesday, was booked on Thursday, July 2 and is being held at the Cook County Jail, 2700 S. California Ave., according to County records obtained by ChicagoPride.com. Flanagan is scheduled to appear in court Tuesday, July 7 at 9:00 a.m. The hearing will be held at Branch 42, 2452 W. Belmont Ave., Courtroom 2. No information was available on who is representing the defendant.

Flanagan appeared on the Chicago drag scene in 2007 from Provincetown, Massachusetts, according to his performance bio. As Lady Vera Parker, Flanagan has appeared at a number of different drag performances and shows in the area. Most recently Flanagan hosted a night at Spin Nightclub, 800 W Belmont, and appeared on the club's Pride float on June 28. Flanagan's persona of Lady Vera Parker also received a 2008 "Best Local Female Impersonator" Pressie Award from the Chicago Free Press.

Although the precise details and facts of the case are not known, the Illinois Statute defines "theft by deception" when "a person commits the offense of online theft by deception when he or she uses the Internet to purchase or attempt to purchase property from a seller with a mode of payment that he or she knows is fictitious, stolen, or lacking the consent of the valid account holder." Penalties range from probation to 30 years in prison.

Rumors since Flanagan's arrest have been spreading in Boystown and according to popular drag entertainer Teri Yaki, the community is "hysterical". She added, "I'm happy to see [Lady Vera Parker] got what she deserved."

Other Internet posts related to Flanagan and an alleged scam for money have drawn the interest of the Chicago Police Department with a posting from Detective Simpson requesting anyone with information to contact Chicago Police at 312-744.8200.

Feast of Fun: Teri Yaki joins the Feast of Fun for a colorful take on the arrest of Lady Vera Parker. (Read the Blog)