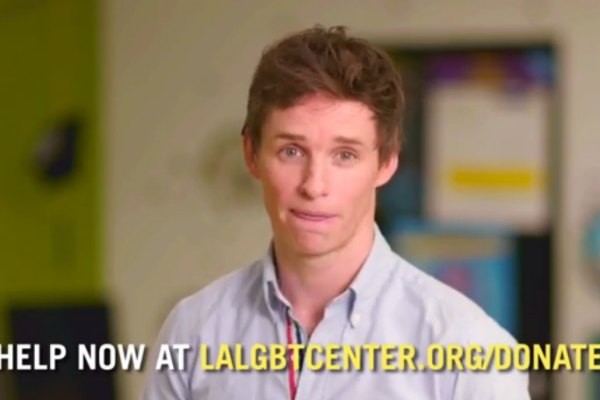 "Here in LA, a staggering 40 percent of the young people experiencing homelessness are lesbian, gay, bisexual and transgender," Redmayne, 40, says in the 80-second video. "Many of them are abandoned by their families or forced to leave their homes simply because of their sexual orientation or gender identity."

"The problem is especially acute for the transgender youth, who are far more likely to suffer violence and abuse on the streets and who have a much more difficult time finding employment."

Redmayne, who received an Oscar nomination for his portrayal of a pioneering transgender woman in The Danish Girl, this week toured the facility, where he met with a large group of homeless LGBT youth.

Donations for the center can be made at LALGBTCenter.Org/Donate.