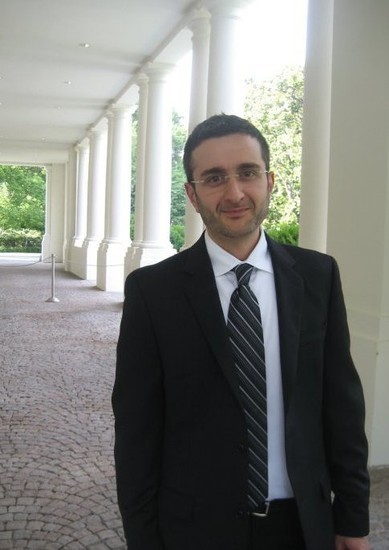 Cherkasov to step down from Equality Illinois later this year

Chicago, IL - Bernard Cherkasov, the long-serving chief executive officer of Equality Illinois, will be leaving the organization later this year.

Cherkasov, who joined Equality Illinois in 2009, was at the forefront of the campaigns for passage of civil unions and marriage equality in Illinois, as well as legislation that enhances hate crime protections and protects LGBT youth through strengthened anti-bullying policies and a conversion therapy ban.

"With Equality Illinois retooled and ready to tackle new challenges, this is the time for me to step aside to pursue other life goals," Cherkasov said in a press release.

Cherkasov earned his Juris Doctorate from University of Michigan and his Master's degree, with the focus on the relationship of public policy, theology and law, from Harvard University.

"Bernard has accomplished so much at Equality Illinois," said Anthony D'Amato, chair of the board of Equality Illinois Institute. "From an operational perspective, he has brought financial stability, developed a highly professional staff and expanded our presence throughout the state. Legislatively, he has successfully contributed to many wins, most importantly the passage of marriage equality. He has been a dedicated and tireless advocate for the LGBT community. We thank him, wish him well and expect continued great things from him."

"The organization has had an incredibly successful 7 years and I know this is in large part thanks to Bernard's efforts," said Nicole Bashor, chair of the Equality Illinois PAC.

Cherkasov will remain at the helm of Equality Illinois as the search for his successor begins, according to a statement from the board.