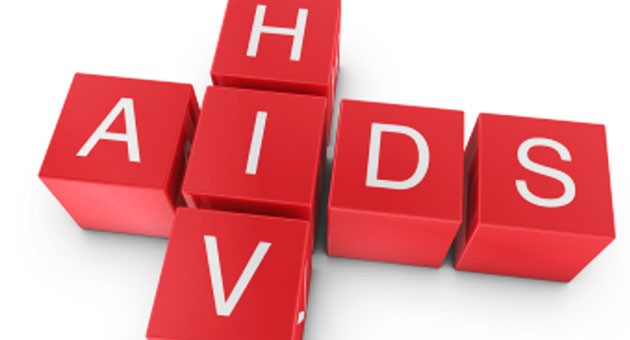 Chicago, IL - A new five-year, $6.25 million grant from the National Institutes of Health (NIH) will help investigators from Northwestern University, the University of Chicago and others across the city of Chicago work together to slow and stop HIV.

The funding, from the National Institute of Allergy and Infectious Diseases (NIAID), supports the creation of the Third Coast Center for AIDS Research (CFAR), a partnership between Northwestern, the University of Chicago, the Chicago Department of Public Health, the AIDS Foundation of Chicago, the Alliance of Chicago Community Health Systems and the Center on Halsted.

"The idea behind a CFAR is to provide the glue that brings all different disciplines together," said director Dr. Richard D'Aquila, professor of infectious diseases at Northwestern University Feinberg School of Medicine. "This creates an infrastructure for catalyzing new interdisciplinary grants, services in different content areas of HIV research and seed funding to help new, young investigators and those established in other fields who want to start moving into HIV research for the first time."

Even before the center was officially funded, D'Aquila and colleagues began to connect clinical and behavioral researchers with engineers and biologists, contributing to the multidisciplinary team behind a recently awarded $17 million NIH grant to build a drug delivery system for preventing HIV.

Ending the HIV epidemic among young men in Chicago

A major goal for the Third Coast CFAR is facilitating research to end the HIV epidemic in Chicago among young men who have sex with men, the only demographic group in which new HIV diagnoses are increasing at 5 percent each year.

"This is a problem throughout the United States. One of the strengths of our center is that our members are already national leaders in studying the health of this population," D'Aquila said.

Third Coast CFAR co-director, Brian Mustanski, associate professor of medical social sciences at Northwestern, is one of those members active in community-engaged research focused on sexual and gender minority youth.

"The Third Coast CFAR has a special focus on reducing the very high rate of new HIV infections among sexual minority young men by catalyzing partnerships and new research that combines the best elements of behavioral and biomedical science across the continuum of prevention to care," said Mustanski, who is also director of the IMPACT LGBT Health and Development Program at Northwestern. "We will focus on scientific discovery and implementation of approaches to preventing new infections, increasing the proportion of young men who know their HIV status and expanding the benefits of highly effective medical care among those who are HIV positive."

Every year, the NIH invites all of its CFARs to apply for an administrative supplement that supports early-stage investigators. This year, two faculty from the Third Coast CFAR were awarded the funding: Gregory Phillips, research assistant professor of medical social sciences at Northwestern, and Brandon Hill, executive director of the Center for Interdisciplinary Inquiry and Innovation in Sexual and Reproductive Health at the University of Chicago. Each will lead research teams studying aspects of the epidemic in young men who have sex with men.

"To be right at the starting gate and to get not just one, but two of these very competitive national awards is a huge achievement," said D'Aquila, who is also director of the Northwestern Medicine HIV Translational Research Center.

Offering research services to all collaborators

The Third Coast CFAR will provide services through five cores.

- A Clinical Sciences Core will include a data and specimen repository of newly diagnosed subjects collected in collaboration with the Center on Halsted community center and a registry of patients with HIV from the partnered university clinics and local federally qualified health centers through the Alliance of Chicago Community Health Services. It will be led by Babafemi Taiwo, associate professor of infectious diseases, and Dr. Ellen Chadwick, professor of pediatrics and infectious diseases at Northwestern, and Dr. David Pitrak, professor of medicine at the University of Chicago.

- A Behavioral, Social and Implementation Sciences Core will provide training and consultation services and work with the Center on Halsted, the Chicago Department of Public Health and community members to provide tools for those studying at-risk populations. It will be led by Judith Moskowitz, professor of medical social sciences at Northwestern, and Alida Bouris, assistant professor of social work and co-director of the Chicago Center for HIV Elimination (CCHE) at the University of Chicago.

- A Viral Pathogenesis Core will include basic science resources such as laboratory assays and services for virology, immunology, cell/virus imaging and other biological HIV research. It will be led by Tom Hope, professor of cell and molecular biology, and Richard Longnecker, professor in microbiology-immunology at Northwestern, and Yoav Gilad, professor of human genetics at the University of Chicago.

- A Developmental Core will provide funding and mentoring to support young investigators and those new to HIV research, including awards for pilot projects and community partners that will lead to new NIH research grants. It will be led by Dr. John Schneider, associate professor of medicine and public health sciences and director of the CCHE at the University of Chicago, and Mustanski at Northwestern.

- An Administrative Core will oversee operations, hold events and assemble new collaborations between investigators in different areas. "We're a matchmaker," said D'Aquila, who will lead the core with Mustanski. "We're already working with several teams on new NIH trans-disciplinary research grants, and we eagerly welcome any and all inquiries."

The center will also have a scientific working group for sharing ideas, discussing epidemic trends and identifying innovative strategies to tackle HIV as well as a CFAR research navigator to guide investigators and community partners to available resources that could aid their specific projects. The center plans to open its services, as they are launched, to any HIV researcher across Chicago collaborating with a Third Coast CFAR partner.

"Our ultimate goal is to stop the ongoing spread of HIV that is now under the public's radar," D'Aquila said. "The strong support of Feinberg leadership for this mission was critical to our application's success."

The Third Coast CFAR is funded by NIH NIAID grant 1P30AI117943-01. The Northwestern University Clinical and Translational Science Institute (NUCATS) provided support and consultation in the application for the grant application. Research support services provided by NUCATS and the University of Chicago Institute of Translational Medicine will augment those of the Third Coast CFAR.

Nora Dunne, content specialist at the Feinberg School of Medicine, wrote this story.