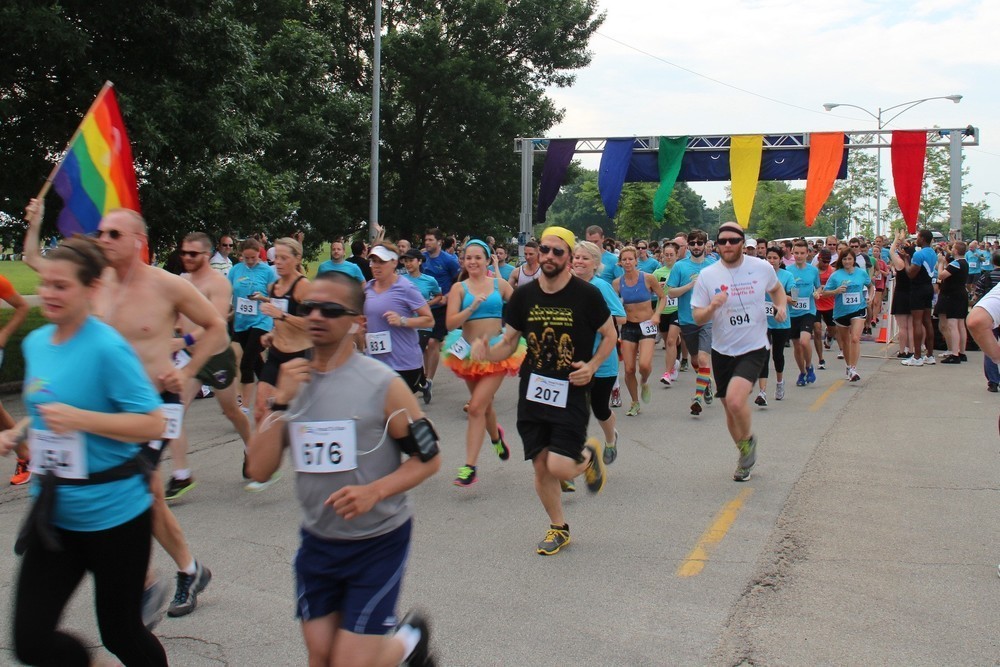 The 34th annual Proud to Run will take place on Saturday, June 27

Last year, the 5k and 10k race saw a record turnout of more than 1,600 registrants, walking and running along Chicago's lakefront trail just one day before the city's iconic Pride Parade.

The historic event, however, wasn't always so widely attended.

"This race has actually been around for 34 years now, and it all started in the 80s as a way for Chicago's LGBT community to run proud together at a time when that really wasn't done," Proud to Run's co-director Ryan Hagerty told ChicagoPride.com. "That first time, I think only 50-75 people did it, but last year we had more than 1,600 participants."

This year, Hagerty and his group of 15 volunteer board members are aiming even bigger, in terms of both attendees and the amount of money they donate to local LGBT-based beneficiaries. While in 2014 the race generated $35,000 from sponsors and racers, this year Proud to Run hopes to donate $40,000.

"Because we're all community volunteers, Proud to Run is able to give a higher rate of money back to the community compared to a lot of other races," Hagerty said. "We give away all the money every year and keep almost nothing in reserves. It's just such a great community event. That's why I'm so passionate about it."

The 34th annual Proud to Run will take place on Saturday, June 27, the day before the 46th annual Chicago Pride Parade. The 10K starts at 8:04 a.m. and the 5K starts at 8:15 a.m., both from Montrose Ave. and Simonds Dr., just north of Montrose Harbor. The event is USA Track and Field certified, a Chicago Area Runners Association registered race, and presented in association with Frontrunners/Frontwalkers Chicago.

Race day registration will also be available for $50. Additional race information can be found at the Proud to Run website at proudtorun.org.