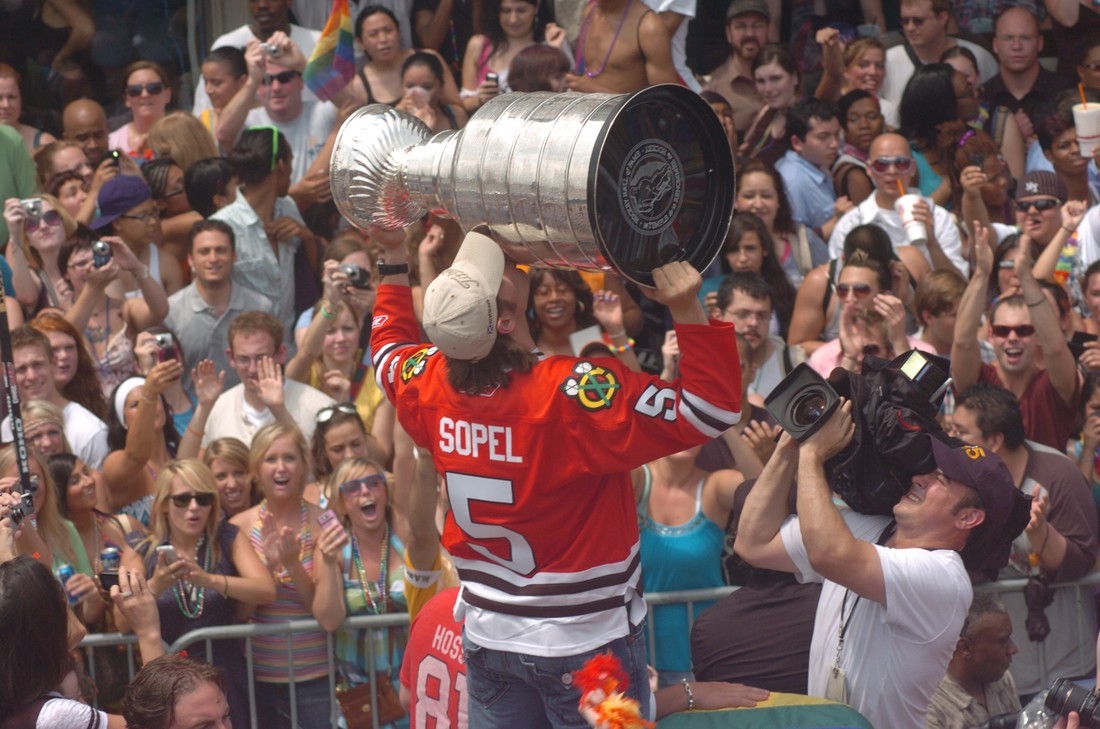 Chicago, IL - The Stanley Cup could be making a second appearance in Chicago's annual Pride Parade on Sunday, June 28.

The offseason exploits of the Stanley Cup are legendary, as each member of the championship team gets a day to spend with the trophy and more or less do what he wants with it.

In 2010, the Stanley Cup was featured in the Chicago Pride Parade because the Chicago Blackhawks won it that season. Defenseman Brent Sopel also believed it would be a way to honor Brendan Burke, the son of Toronto Maple Leafs general manager Brian Burke, who was killed in a car accident two months after coming out earlier that year.

The Blackhawks and Sopel, who has since retired from from hockey, accepted an invitation from the Chicago Gay Hockey Association (CGHA) and rode aboard their float in 2010. It was the first and last time a major professional sports trophy has appeared in a pride parade -- but that could change this Sunday.

The CGHA wants the Stanley Cup again this year and, according to a report by the Windy City Times, has made a request with representatives of the National Hockey League (NHL). Tommy Hawk, the Hawks' mascot, is already slated to be a part of the CGHA's 2015 parade entry.

"I think that there are several interested parties who want The Cup to be there," CGHA president Andrew Sobotka confirmed to ChicagoPride.com. "So, there is a chance it will be there."

Sidetrack and a number of other groups are also interested in hosting The Stanley Cup.

With final details reportedly being worked out with the NHL, the only question remaining is who will host the Stanley Cup in the 46th Annual Chicago Pride Parade, which is expected to draw over 1 million people to the Boystown neighborhood.

"Having The Cup at the parade is important because it shows the Blackhawks continued support of the LGBT community," said Sobotka. "It's also important to have The Cup there because it's an exciting time for the city, and it should be celebrated by everyone."

The Blackhawks won the Stanley Cup title on Monday, June 15 after beating the Tampa Lightening 2-0 in Game 6 at the United Center.