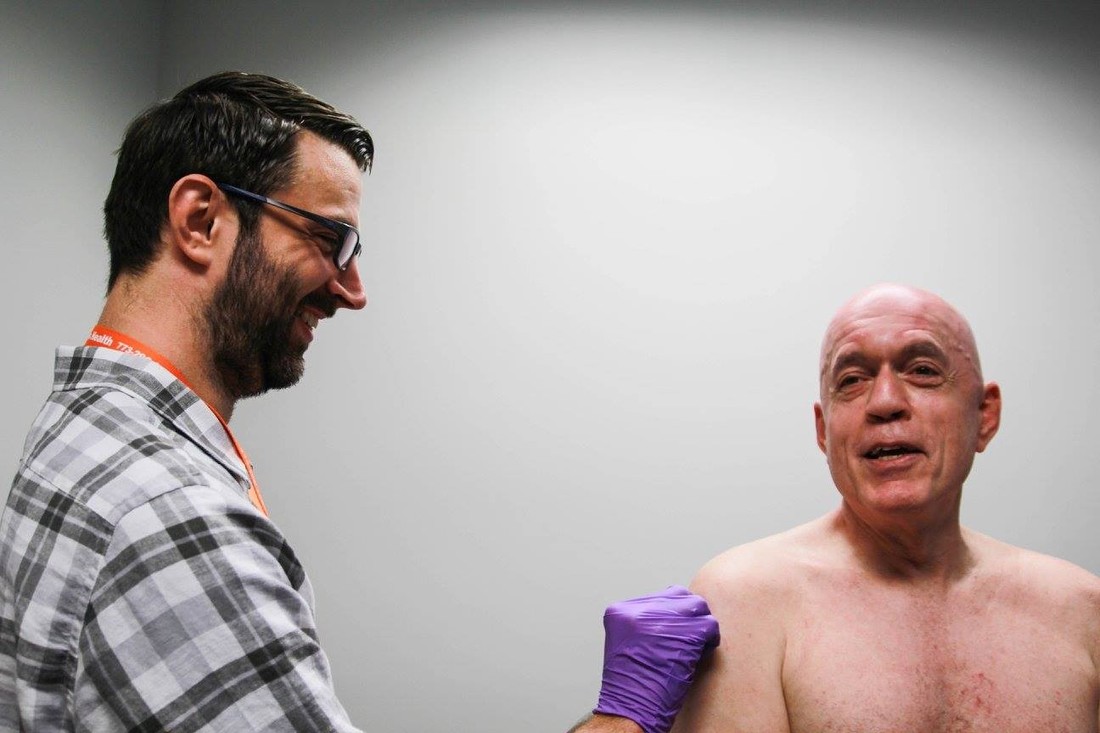 Joined by his Chief of Staff, Coleman Goode, Harris emphasized that by doing this publicly they wanted to set an example to the community about how simple, painless and necessary it is to get vaccinated.

"Being gay and HIV-positive, I read in the paper that there has been an outbreak of meningitis [and that I could be at risk.] Yes, it's hard to develop, but it is a communicable disease and anyone who is at risk should just come in and get a simple shot," said Harris.

He added, "This [push to be vaccinated] isn't about stigma, this is about health care. So whether it's measles or meningitis, if you can prevent a disease, why not take five minutes out of your day and get a shot?"

IMD is a rare communicable bacterial disease that can cause meningitis, a severe disease of the brain and spinal cord, and other potentially fatal conditions. IMD is spread through intimate activities such as kissing and sexual contact or sharing drinks or cigarettes, smoking devices or marijuana. Common symptoms are fever, headache and a stiff neck. Other accompanying symptoms include nausea, vomiting, increased sensitivity to light and confusion.

Since the announcement on June 3, HBHC, in conjunction with the CDPH, issued a health advisory urging the target demographic to be vaccinated. Target populations include the following gay, bisexual and queer men, along with those in their social and sexual networks.

"Howard Brown's response has been really great. They have been out there with longer hours in order to be available and accessible. They've also been serving as a resource, educating the community with the facts in a non-frightening manner. While IMD is rare, it can be deadly and strike very fast, so time really is of the essence," Harris stated.

HBHC's Chief Clinical Officer Magda Houlberg, MD, emphasizes that more people need to come in in order to have full protection, especially with Pride Month activities coming up throughout the month.

"With Pride around the corner, there is a very real chance that these numbers could increase dramatically. We need individuals who are in this target demographic to come in at either one of our locations or another designated CDPH partner site throughout the city and get a free vaccination, not just for themselves, but to protect your friends, loved ones and others in the LGBTQ community," she said.