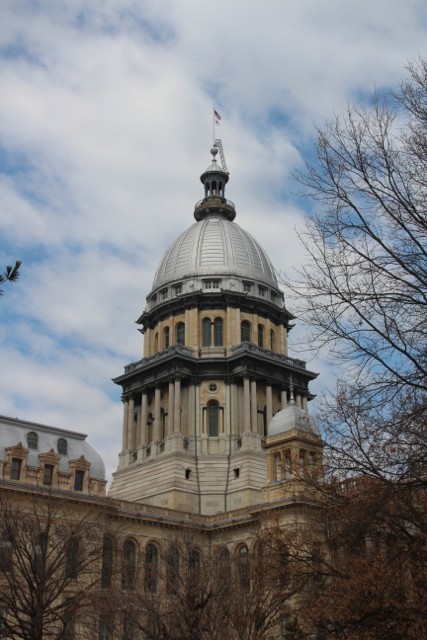 Springfield, IL - A bipartisan Illinois Senate majority on Friday approved a measure to protect LGBT youth from dangerous, ineffective, and discredited attempts to change their sexual orientation and gender identity, capping a successful effort by Equality Illinois and allies to pass meaningful new LGBT protections during the spring legislative session.

The organization also asks the governor to sign two other bills that have reached his desk this session, House Bill 3930, which updates and enhances hate crime protections for LGBT Illinoisans, and House Bill 3552, which requires funeral directors to respect a person's last instructions regarding his or her gender identity.

"The legislature approved all three of these bills with bipartisan majorities, meaning that in Illinois there is no party label attached to advancing the ability of LGBT Illinoisans to live equal and meaningful lives, which should be a consideration when Gov. Rauner sits down to review these measures," said Bernard Cherkasov, CEO of Equality Illinois.

The Senate approved HB217 on a 34-19 vote, including two Republicans in the majority, Sen. Christine Radogno, the Senate GOP leader, and Sen. Chris Nybo. The bill prohibits licensed mental health care providers from engaging in sexual orientation change efforts with anyone under the age of 18. The legislation does not apply to religious leaders and would not impact the ability of clergy to practice their religion.

"Illinois has a strong bipartisan history of protecting LGBT youth, and the conversion therapy restrictions in HB217 are supported by every major mental health organization in the state and should be a new chapter in that history," Cherkasov said. "We thank the bill's sponsors, Sen. Daniel Biss in the Senate and Rep. Kelly Cassidy in the House, for their strong and effective leadership in moving HB217 through the legislature."

Hates crimes laws, first passed and signed by Republican Gov. Jim Thompson in 1990, are getting an update in HB3930, which passed unanimously in both chambers of the General Assembly. The bill specifically includes transgender individuals under hate crimes protections and shields LGBT community institutions from violence and vandalism. HB3552, which also passed with considerable bipartisan support, would be another recognition that transgender individuals should be treated with respect and dignity.

"These three bills were our top priorities that we were watching this spring, so we are grateful to the General Assembly for its attentiveness to these significant issues," Cherkasov said. "We've already begun discussions with Gov. Rauner and his staff about the importance of these bills and will continue the dialogue in the coming weeks."

While pleased with the results of its policy agenda in the legislature this spring, Equality Illinois remains concerned about the status of the state budget and important funding for vital services. Equality Illinois is a member of the Responsible Budget Coalition opposing oppressive budget cuts to key programs and calling for adequate revenues.

"Passing policy initiatives is important, but the financial underpinnings for essential services funded by the state remain at risk," Cherkasov said. "The proposed budget cuts to HIV/AIDS preventative services, homelessness and stable housing programs, mental health and anti-bullying programs, and immigration integration services cannot stand, and the state must raise the revenue to support them. We hope that the legislature and the governor can reach some accommodation to protect at-risk populations."