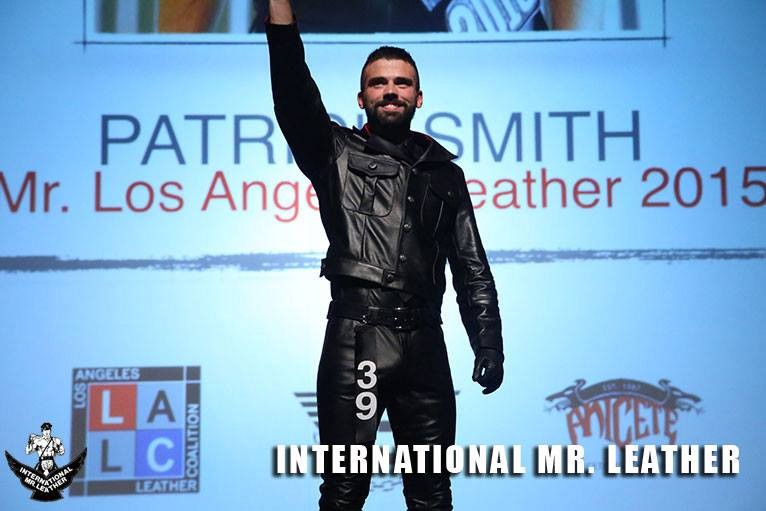 IML festivities continue through Monday, May 25, including Black and Blue Ball at Sound-Bar

Over 2,000 leather enthusiasts packed The Harris Theatre for the annual competition. The night began with a speech from International Mr. Leather (IML) founder and producer Chuck Renslow, 75.

Renslow spoke in support of the Rainbow Railroad, a group that provides refuge to LGBT individuals living under constant threat of violence and death. A collection was taken to support the cause.

Over the past 37 years, nearly 2,000 men have competed for the title of International Mr. Leather. On Sunday, Smith became the 37th person to claim the coveted leather title.

Hailing from Los Angeles, Smith bested a field of 52 contestants from 5 countries. Participants were judged on stage presence and personality ("pecs and personality"), leather image, presentation skills, and physical appearance.

The new International Mr. Leather was also congratulated by his mother, who hugged and kissed him on stage.

Representing Chicago, Luis Tipantasig, Mr. Chicago Leather 2015, made it into the top 20 finalists round.

"The market is the social hub of the weekend during the daytime," IML Executive Director Jon Krongaard explained to ChicagoPride.com. "People hang out, go shopping, start cruising and go hook up -- if they can take two minutes to look up from their phone," he laughed.

The official closing party, The Black and Blue Ball, begins at 8 p.m. Monday, May 25 at Sound-Bar, 226 W Ontario. DJ Barry Harris and DJ Steve Henderson will spin in the Sound-Bar Main Room, with DJ Milty Evans at the Y Bar Chicago (located next door) spinning in the Pregame Lounge from 7 p.m. to 10 p.m.