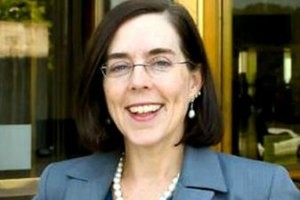 Oregon Governor Kate Brown has signed a bill into law which prohibits therapies that attempt to alter the sexuality or gender identity of LGBT youth.

Brown, the nation's first openly bisexual governor, signed the bill on Monday. A signing ceremony is planned for Thursday, the AP reported.

Oregon is the third state behind California and New Jersey, plus the District of Columbia, to outlaw such therapies.

Opponents have challenged similar laws in California and New Jersey. But the U.S. Supreme Court has refused to review lower court decisions upholding the bans.

After the bill cleared the Senate earlier this month, Sarah Warbelow, legal director for the Human Rights Campaign (HRC), the nation's largest LGBT rights advocate, said that HRC will continue to push for similar therapy bans in other states.

"Psychological abuse has no place in therapy, no matter the intention," Warbelow said. "While the LGBT youth in Oregon will soon be protected once this bill is signed into law, HRC and our allies are committed to making sure these kinds of protections are secured in every state."