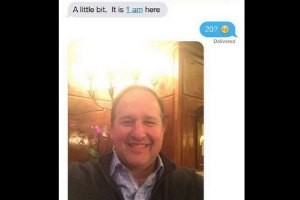 Kansas City, MO - A married Missouri lawmaker opposed to gay rights has been caught sexting with a female college freshman who was working as an intern at the state legislature.

Missouri House Speaker John Diehl, a Republican, has been praised by conservatives for his opposition to marriage equality.

Diehl initially declined to comment on the relationship, but after the Kansas City Star broke the story on Wednesday, he released a statement admitting to the relationship.

"I take full responsibility for my actions and am truly sorry for those I let down," he said. "I apologize for the poor judgment I displayed that put me and those closest to me in this situation. I also regret that the woman has been dragged into this situation. The buck stops here. I ask for forgiveness. I will begin immediately working to restore the trust of those closest to me, and getting back to the important work that is required in the final days of session."

Diehl has been praised by the Missouri Family Policy Council, an affiliate of the Family Research Council (FRC), for filing an amicus brief in defense of Missouri's constitutional amendment defining marriage as a heterosexual union.

The group lauded the speaker "for demonstrating moral leadership and true integrity in standing up for he sacred institution of marriage and the family values of the people of Missouri."

In 2012, Diehl co-sponsored a bill that sought to prohibit students from forming Gay-Straight Alliances in public schools.

Diehl and his wife are raising three sons.