Boystown race reflects on historic past while aiming for record turnout 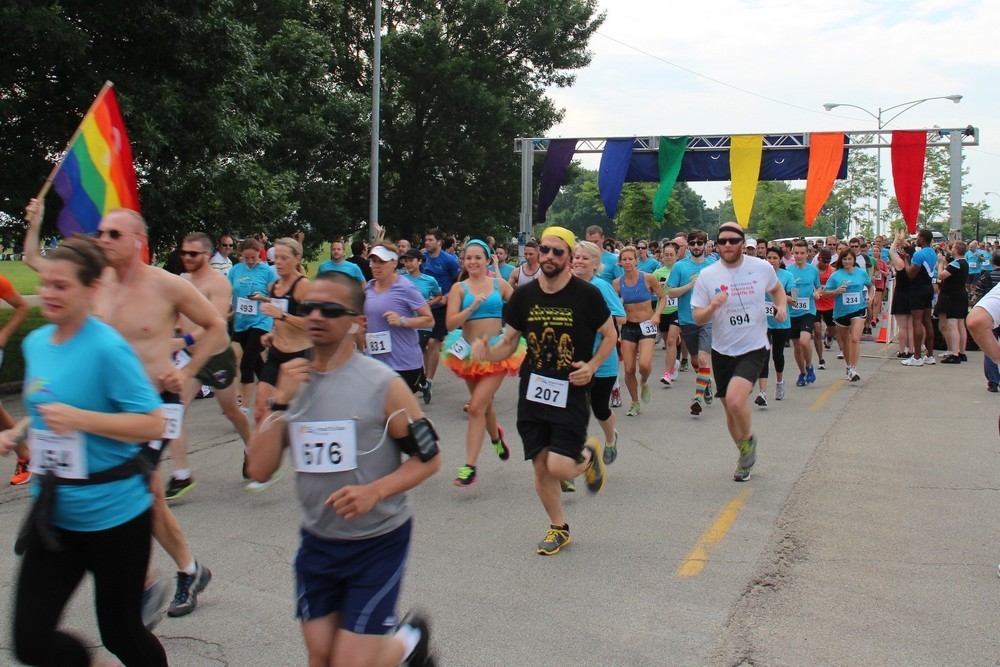 The annual Chicago Pride Fest race has given all proceeds to local LGBT charities since 1982.

Chicago, IL - Boystown's annual Proud to Run race has come a long way since its inception, with 2015 poised to be the biggest year yet.

Last year, the 5k and 10k race saw a record turnout of more than 1,600 registrants, walking and running along Chicago's lakefront trail just one day before the city's iconic Pride Parade.

The historic event, however, wasn't always so widely attended.

"This race has actually been around for 34 years now, and it all started in the 80s as a way for Chicago's LGBT community to run proud together at a time when that really wasn't done," Proud to Run's co-director Ryan Hagerty told ChicagoPride.com. "That first time, I think only 50-75 people did it, but last year we had more than 1,600 participants."

This year, Hagerty and his group of 15 volunteer board members are aiming even bigger, in terms of both attendees and the amount of money they donate to local LGBT-based beneficiaries. While in 2014 the race generated $35,000 from sponsors and racers, this year Proud to Run hopes to donate $40,000.

"Because we're all community volunteers, Proud to Run is able to give a higher rate of money back to the community compared to a lot of other races," Hagerty said. "We give away all the money every year and keep almost nothing in reserves. It's just such a great community event. That's why I'm so passionate about it."

In order to encourage racers to sign up for the annual event on June 27, organizers are planning its "Proud to Runway" bash on Saturday at 5 p.m. at Sidetrack. Featuring sultry models in athletic gear and swimsuits from local retailers like Egoist Underwear and Universal Sole, the event is just one more way to raise money for this year's beneficiaries: Affinity Community Services, AIDS Legal Council of Chicago, and Chicago House.

For $20, attendees receive drink tickets, food and raffle prizes – not to mention the eye candy – while contributing to a good cause.

"We usually have more than 200 people show up for the Proud to Runway event at Sidetrack," Hagerty said. "It's just two months before the event, so we offer a discount to sign up for the race there, too."

Interested in getting involved this year? Runners and walkers can register now for the 2015 Proud to Run 10k run and 5k run/walk at www.proudtorun.org, and review the course map online. Registration is $45 before June 25, 2015 at midnight, and tickets will be discounted at the event at Sidetrack. Race day registration will also be available for $50.

The 34th annual Proud to Run will take place on Saturday, June 27, the day before the 46th annual Chicago Pride Parade. The event is USA Track and Field certified, a Chicago Area Runners Association registered race, and presented in association with Frontrunners/Frontwalkers Chicago.