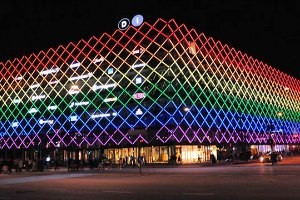 The list includes many of the usual suspects, including Palm Springs, Toronto and New York City, plus a few surprises, such as the exclusion of San Francisco.

Lonely Planet acknowledged that the inclusion of Montevideo, Uruguay in the tenth spot was controversial, given the region's conservative climate.

"But Uruguay, the smallest of the South American nations, is the most progressive," the publisher of travel books said on its site. "In 2013, Uruguay was the second Latin American country to legalize same-sex marriage, and homosexuality has been decriminalized since 1934. The relaxed attitude in the Uruguayan capital of Montevideo provides a brilliant juxtaposition to the hustle and bustle of the likes of Buenos Aires."

Editors pointed to Copenhagen's history of gay rights and relaxed beauty in making it their number one destination.

"One of the most tolerant and open communities in Europe, Copenhagen's functional yet edgy fashion scene, brilliant array of cocktail bars, excellent range of gay-friendly boutique accommodation and packed calendar of events make it the gay-friendliest place on Earth," the site wrote.