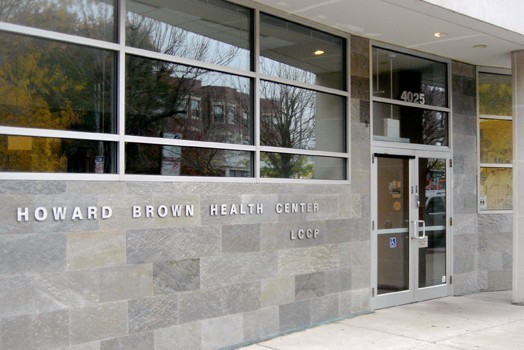 Chicago, IL - For the third year in a row, the Human Rights Campaign (HRC) has named Howard Brown Health Center a "Leader in LGBT Healthcare Equality" in the Healthcare Equality Index (HEI) 2014. Chosen by an annual survey conducted by HRC, HBHC earned top marks for our commitment to inclusive equitable care for LGBTQ patients and their families.

"For the past forty years we have been committed to providing quality and culturally competent health care to the LGBTQ community and so to receive this type of recognition from the Human Rights Campaign is a great honor," said David Ernesto Munar, CEO and President of Howard Brown Health Center.

HRC awarded HBHC and a record-breaking 426 other facilities and hospitals around the country that met four foundational criteria known as the "Core Four." This includes patient non-discrimination, equal visitation, employee non-discrimination and training in LGBT centered-patient care.

And while this award shines light on the transformative work that organizations like HBHC are doing, it also illuminates the crippling discrimination happening around the U.S.

"It's not a secret that when LGBTQ people enter the healthcare system, they are often met with serious bias, hostility and barriers to care," said Munar. "Howard Brown Health Center ensures that everyone who walks through our doors, regardless of sexual identity, gender expression, race, religion and economic status, is entitled to dignified and affirming care."