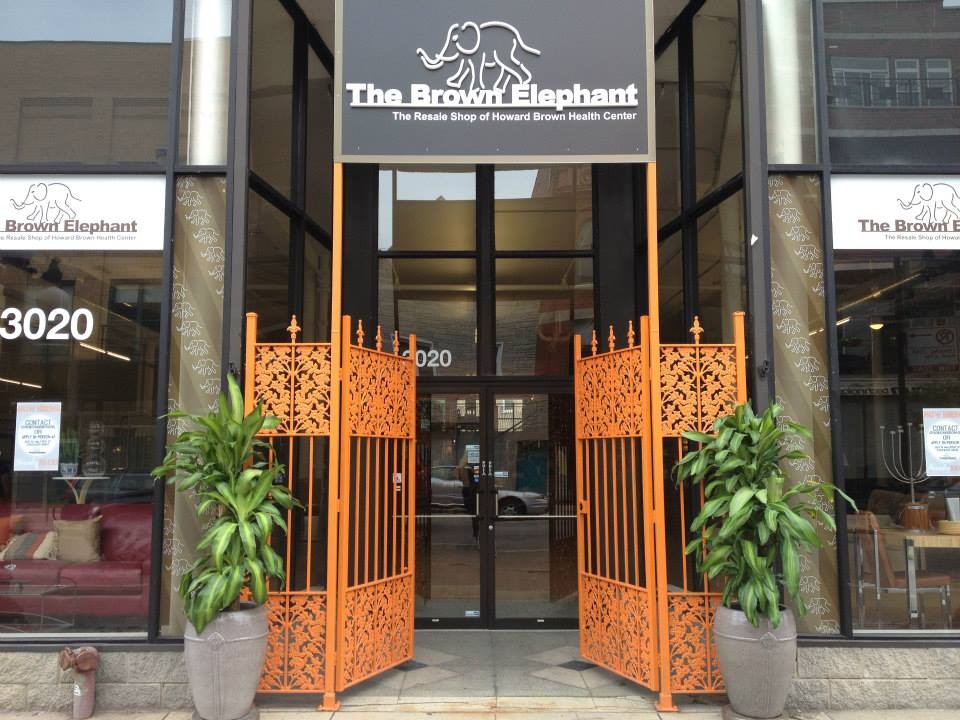 The move comes after 25 years on Halsted, and creates a prominent vacancy on the Boystown strip.

Chicago, IL - After 25 years in Boystown, the Howard Brown Health Center's Brown Elephant Resale Shop has officially settled into its new Lakeview location, a storefront owners say will double as an event space.

Roughly two miles from its former home at 3651 N. Halsted St., the new location at 3020 N. Lincoln Ave. is equidistant from the Wellington, Southport and Paulina Brown Line stations.

And according to Howard Brown Health Center's Senior Director of Retail Operations Bill Joure, the Brown Elephant team is getting used to its new West Lakeview home.

"We're really happy to have the opportunity to offer shoppers, donors and staff a bright and inviting space to showcase all the amazing items that folks are kind of enough to donate," Joure said. "We're working to learn our new neighborhood and make sure we're reflecting the kind of offering shoppers have come to expect of the Brown Elephant."

David Ernesto Munar, Howard Brown Health Center's President and CEO, envisions that this new location is better suited for retail operations, but can double as an event space.

"The Lincoln location's flexible floor plan and private offices will allow us to host community events and on-site services, which will essentially enhance our ability to meet the health needs of LGBTQ people and our allies," he said.

The new location officially opened in early July, and is open every day from 10 a.m. to 6 p.m.

And although the former Brown Elephant retail shop may be vacating its former prominent space in Boystown, developers behind the highly publicized OUT Hotel Chicago say they have no interest in taking over the now-empty space.

Ian Reisner of Parkview Developers told ChicagoPride.com in April that his team is "still working" on plans to open the LGBT-friendly hotel and resort at 3343 N. Halsted St., despite Ald. Tom Tunney (44th) rejecting his proposal in September. And although the soon-to-be-vacant Brown Elephant store is described by Tunney's office as a more suitable location, Reisner says he's staying put.

HBHC established the Brown Elephant in the 1980s to support a full continuum of affordable health-related programs and services for low-income LGBTQ people and allies. The revenue generated by donations and purchases support essential health care for thousands of uninsured and under-insured patients each year.

For more information or to donate, visit the Brown Elephant website.