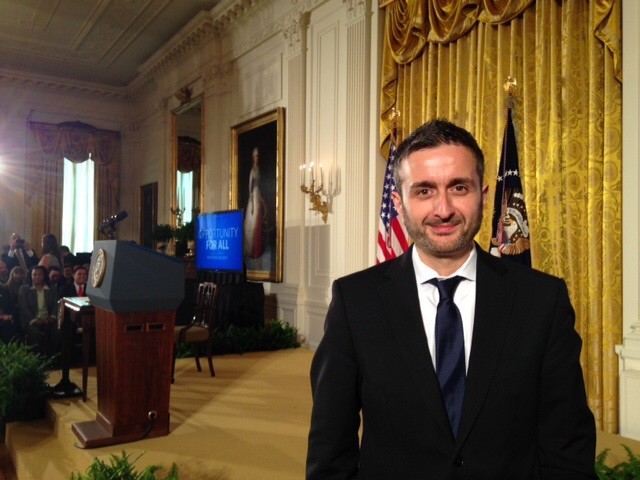 "President Obama's executive orders are to be applauded for their expansive coverage," said Bernard Cherkasov, CEO of Equality Illinois, who attended the signing ceremony. "It was an exciting and moving experience to witness these precedent-setting orders go into effect that will benefit so many LGBT Americans and their families."

Cherkasov was one of the LGBT leaders from across the country invited to the White House East Room Monday morning to witness the signing.

Neither order includes broad religious exemptions that were opposed by major LGBT organizations, including Equality Illinois.

Cherkasov noted that the President's actions cover about one-fifth of the nation's employers. "The President also resisted appeals from extreme groups to single out LGBT workers for unprecedented broad exemptions which would have allowed taxpayer-funded contractors to use religious pretexts to discriminate," Cherkasov said. "The strength of this order paves the road for future federal anti-discrimination laws, such as the Employment Non-Discrimination Act now under consideration by Congress, which should be enacted and can be effective without unprecedented broad religious exemptions. That has also been our successful experience in Illinois under the state's Human Rights Act."

"By his leadership on LGBT issues, President Obama has also set a standard that no one seeking office at the federal, state or local level can ignore. Support for equal rights and fair treatment for LGBT Americans and their families must be clearly demonstrated by candidates and executed and enforced by office holders. Anything short of that is unacceptable," Cherkasov said.