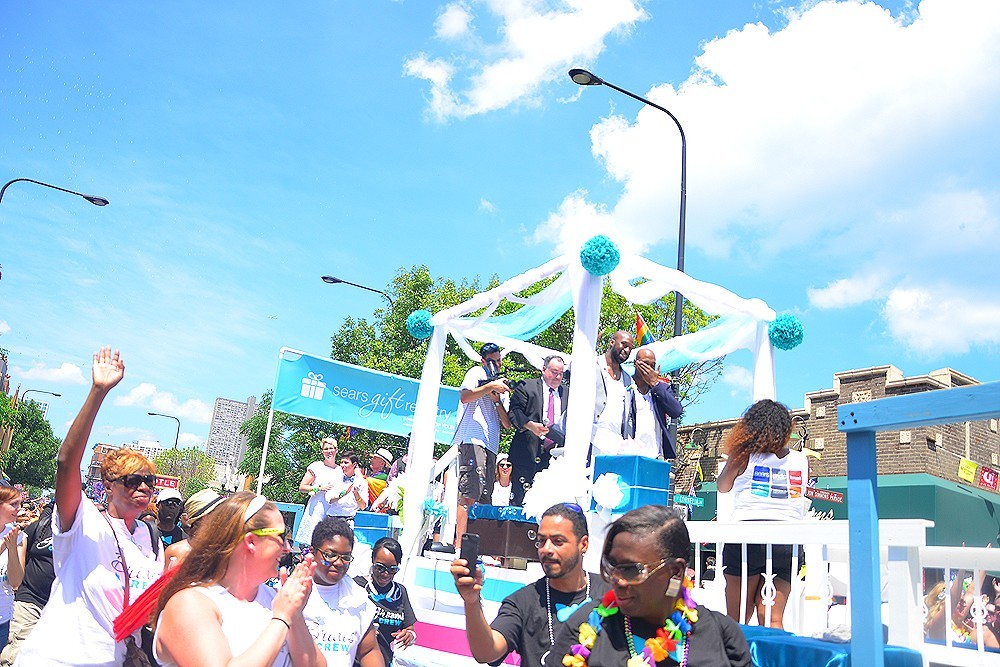 Over one millions spectators attended the 45th annual Chicago Pride Parade on June 29, which was the first parade since Illinois' marriage equality law went into effect statewide on June 1.

The four couples were profiled in the video posted on YouTube, titled Sears: Proud to Give More To All.