Married women not allowed to divorce in Alabama 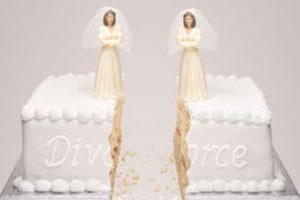 An Alabama judge on Wednesday rejected a request to divorce from two women who were legally married in Iowa, the third state to legalize marriage for gay couples in 2009.

Circuit Judge Karen Hall said that the women cannot divorce because Alabama does not recognize the marriages of gay and lesbian couples.

Kirsten did not fight Shrie's request for a divorce.

Shrie's attorney, Patrick Hill, told the AP that neither of the women wants to move to Iowa to get a divorce.

"They're both from here in Alabama, and this is where their homes, family and friends are," Hill said.

He added that he would appeal the judge's ruling.

"It allows us to begin the process of attempting to change the law," Hill said.

(Related: Lesbian couple not allowed to divorce in Mississippi.)