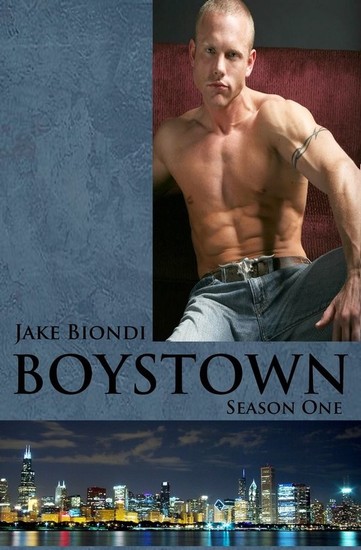 Chicago, IL - Jake Biondi, author of the popular Boystown book series, is sponsoring a photo contest as he currently searches for new "faces" of Boystown.

Biondi is interested in discovering guys whose images would be used in upcoming promotions for his Boystown book series, which originated as an online series about a number of gay and straight couples living in Chicago's Boystown neighborhood.

Anyone can enter, but Biondi told ChicagoPride.com that he is seeking photos in the same style as the current Boystown book cover -- "sexy and classy." The original cover featured Aaron Savvy, a friend of Biondi.

Winners will receive $100 and may appear on the cover of the next Boystown book (Episodes 11 - 20), scheduled for release this spring. The first ten chapters of Boystown were turned into a book this winter and is available at Unabridged Bookstore, as well as Barnes and Noble and Amazon.

For those interested in participating in the photo contest, visit www.JakeBiondi.com. Entries must be received by Feb. 7.

Check back on ChicagoPride.com this Thursday for a special feature from Anthony Morgano discussing Biondi's Boystown.