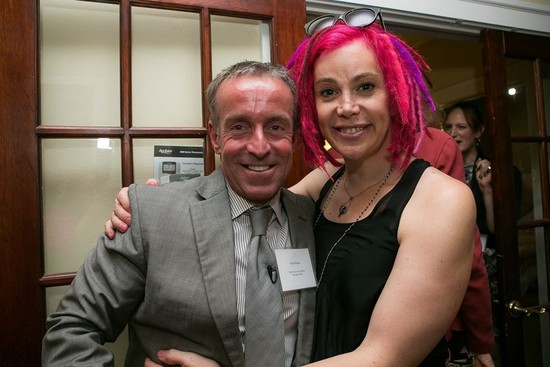 A native of Chicago's Beverly neighborhood, Wachowski made her mark in the world of imagination, most famously by writing, directing and executive producing with her brother Andy Wachowski the "The Matrix" trilogy as well as films "Cloud Atlas", "Bound" and "Speed Racer".

Bernard Cherkasov, CEO of Equality Illinois, the state's oldest and largest advocacy organization for lesbian, gay, bisexual and transgender Illinoisans, said the Freedom Award recognizes Wachowski's personal journey. Over the last year the intensely privateWachowski has opened up about her story of being transgender and the difficulties she faced through her life. She said she decided to abandon her privacy in order to serve as a possible inspiration for others going through similar challenges.

"Lana Wachowski's brave decision to share her story with a world that needs to hear her account of growing up transgendered is worthy of recognition with the Equality Illinois Freedom Award," Cherkasov said.

After being informed of the award, Wachowski said, "It is a hugely humbling experience to be sitting in a coffee shop listening to someone as sweet and kind as Bernard explaining why an organization involved in so many important issues, doing so much for our community, yet wants to honor you."

In addition to Wachowski, it was previously announced that an Equality Illinois Freedom Award will also be going to the Chicago Urban League. Other honorees and notable figures at the 2014 Equality Illinois Gala on Saturday, Feb. 8 in the Hilton Chicago, chaired by Colonel (IL) Jennifer N. Pritzker, IL ARNG (Retired), will be announced in the coming weeks.