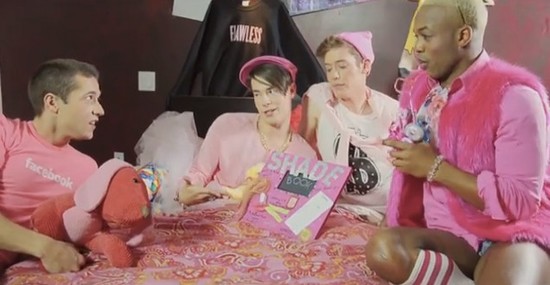 Todrick Hall marks the tenth anniversary of the 2004 film Mean Girls with the hilarious parody Mean Boyz, a followup to his Internet hit Mean Gurlz.

The talented Hall, a former American Idol contestant, became an overnight-sensation on YouTube for his a series of creative videos including Cinderonce, his musical spin on the classic fairy tale Cinderella. The Dallas native was recently named to Forbes 30 under 30.


Check out more of Hall's work on his YouTube channel.