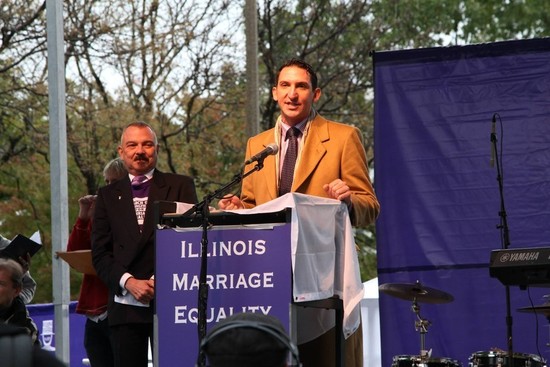 In an interview with NBC's Meet the Press, Dolan said, ""We've been caricatured as being anti-gay."

"Contrary to Cardinal Dolan the Catholic Church is not being 'caricatured' as antigay," said Rick Garcia, senior policy adviser for The Civil Rights Agenda. "The Church is perceived as anti-gay not because it teaches that marriage is between a man and a woman but because its bishops have lied about gay people and our lives, have demonized us and have persecuted priests, Sisters and parishes that minister authentically to gay people and our families. In addition, some bishops have threatened and tried to intimidate Catholic legislators who support equality and justice for all."

"There are people of good will who do not support same-sex marriage on religious grounds but they do not try to force their personal religious ideology on the nation nor do they attack lesbian and gay people and their families.

"The Catholic bishops have spent millions of dollars fighting hate crimes legislation and laws banning housing and employment discrimination on the basis of sexual orientation," Garcia noted. "Most egregious the bishops have threatened to not support the immigration reform bill if it includes same-sex couples.

"The bishops consistently reduce gay people to their genitals and what they do or do not do with them and a number of bishops have supported and promoted dangers programs that seek to change gay people's sexual orientation. The bishops have opposed any legislation or policy changes that would affirm gay people's right to be treated equitably under the law. That is why the Church is perceived as anti-gay. It is not a caricature it is a sad reality," Garcia concluded.