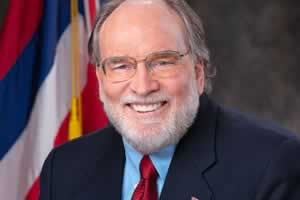 Honolulu, HI - Hawaii Governor Neil Abercrombie is expected on Wednesday to sign a bill legalizing gay marriage in the state.

"I look forward to signing this significant piece of legislation which provides marriage equity and fully recognizes and protects religious freedoms," Abercrombie said.

The Democratic governor is expected to sign the bill Wednesday morning during a signing ceremony to be held at the Hawaii Convention Center.

Gay and lesbian couples will be able to marry in the state starting December 2.

The bill cleared the Senate on Tuesday with overwhelming support, 19-4 with two lawmakers excused, after nearly 2 hours of debate.

President Barack Obama welcomed the news: "I've always been proud to have been born in Hawaii, and today's vote makes me even prouder."

In calling for the special session, Abercrombie, who in 2011 signed the state's civil unions law, said that gay couples in a civil union were unable to receive federal benefits following a U.S. Supreme Court ruling that led to the government recognizing the legal marriages of gay couples.

Rep. Bob McDermott warned that he would seek a court order blocking the law's start. McDermott, a Republican, argues that a 1998 voter-approved constitutional amendment giving the Hawaii Legislature the power to define marriage sets limits on legislative authority and claims that the measure prohibits lawmakers from legalizing same-sex marriage.